There are a lot of Star Wars merchandises featuring Death Star, the iconic aptly named evil lair of the Imperial. I have no opinion on those merchandises, but the Star Wars Death Star Levitating Bluetooth Speaker you see here is perhaps the most fitting because, levitation. As the product name suggests, it is a Bluetooth speaker in the likeness of the moon-size space station with planet obliterating capability and it levitates like a space station should. Seriously, what more could one ask beside a big ass laser that can take out other planets? Nope. Nothing. 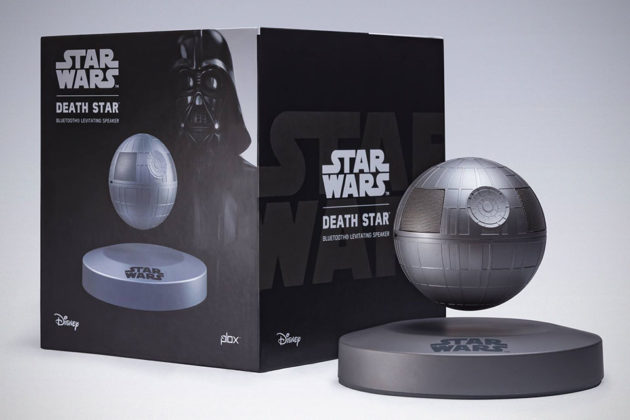 Give it a nudge, and it was spin too, although I would ask you not to do that because you make those lack-of-aim Stormtroopers worst in their shooting induced by motion sickness. It is an officially licensed Star Wars merchandise that boasts a 75 mm “finely tuned” audio driver (rest assure the audio isn’t destructive), built-in microphone for speaker phone duty, Bluetooth 4.1 with EDR for wireless audio transmission, and it comes with an electro-magnetic base with USB port which is use to charge Death Star and even other devices.

Speaking of which, the only dissimilarity between the ‘real-deal’ and this miniature, music blaring orb is, this one have to land sometime to be charged, or every 5 hours, for 2 hours to get its lithium-ion battery recharged. Depending on where you are, the Star Wars Death Star Levitating Bluetooth Speaker can be yours for £129.99 or $179.99. 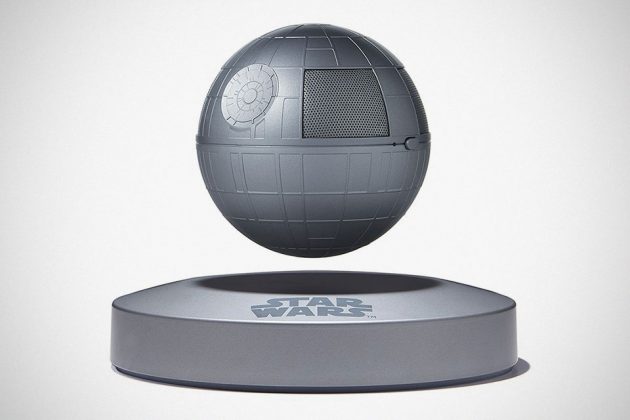 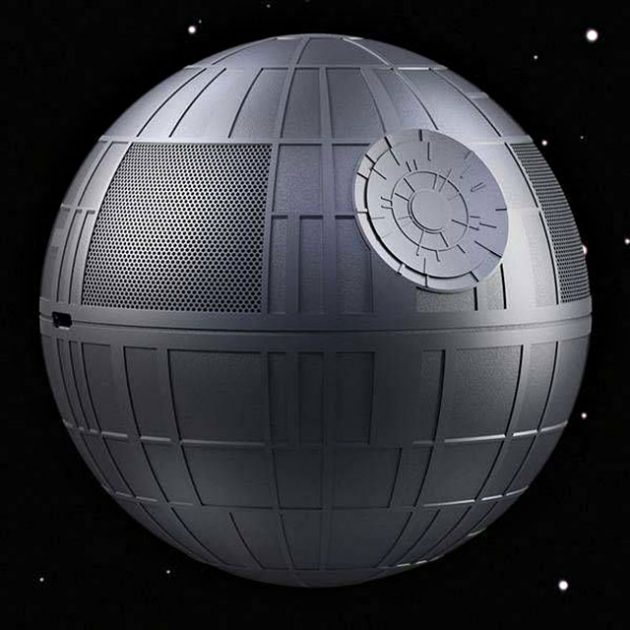