At this year’s Tokyo Motor Show, Yamaha had a theme called “Yamaha Future Garage: Resonate the Future” and what the motorcycle maker brought to floor was indeed futuristic. In addition to the NIKEN Leaning Multi-wheeler previewed in late October, the show floor was occupied by dazzling examples, including a sports bike that will totally look the part in Bladerunner (and will make Akira’s bike look so dated) called MOTOROiD, a cute three-wheel leaning multi-wheel vehicle called TRITOWN, a leaning four-wheeler known simply as MWC-4, a CROSS HUB Concept which is also a three-wheel leaning vehicle but one that has a body that encapsulate the rider like the MWC-4, and finally, there’s the MOTOBOT Ver.2, an autonomous motorcycle—riding robot which is essentially a follow-up to the first motorbike-riding robot introduced two years ago. 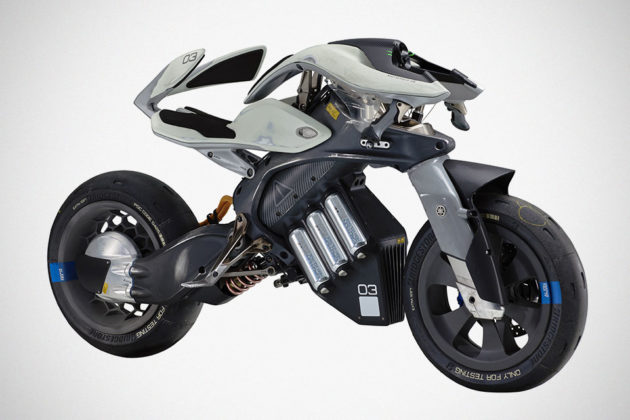 The MOTOROiD (note the lower case ‘i’) is a future form sports bike loaded with artificial intelligence that would allow man and machine to become one, well, in a manner of speaking. Yamaha said the bike is totally capable of recognizing its owner and “interacting in other capacities like a living creature.” Though it is not clear how it is going to play, or what this AI can do for the rider. One thing for sure is, it is not an organic beast, so there’s no need to freak out. Also, it is definitely an electric vehicle, with power coming from an unknown wheel hub motor, backed by a lithium-ion battery system and weighs just 213 kilograms (470 lbs). 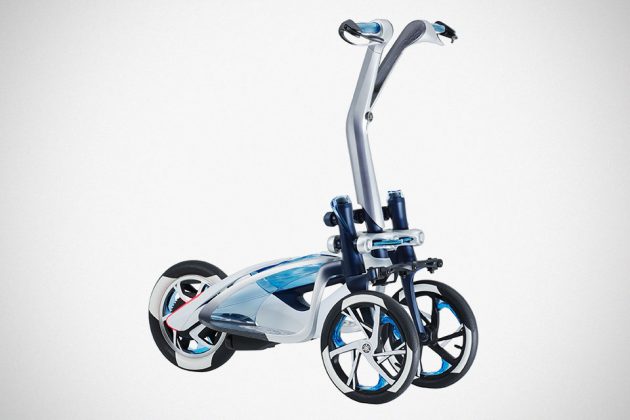 Designed to be a last mile transport, the TRITOWN, in all honesty, looks like a kiddie ride. You know, like the three-wheel skate scooters? Yeah, those. That said, it is no surprise it is designed to be ridden standing up while Yamaha’s leaning multi-wheel, affords control via leaning motions. Like the actual LMW, TRITOWN is totally capable of standing upright when it is at standstill. Though we said it looks like a kiddie ride, it is not a small fry by physical size. It stretches a little over a meter long (3.6 feet) and measures 600 mm (nearly 2 feet) wide. It is also expect to be driven by an electric motor located at the rear wheel hub. 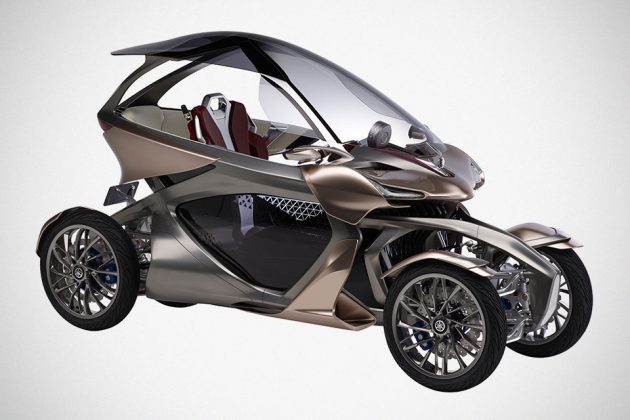 MWC-4 is is like the love child of an automobile and a motorcycle. Yamaha is calling it as “half-sized mobility” which you’d be forgiven to think it is a car by the virtue of the four-wheel setup. In fact, it is essentially a four-wheel motorcycle, a leaning multi-wheeler, to be precise. Think of it as an ATV, but a lot more flexible in the handling department. It is a range-extending vehicle in that it is driven by liquid-cooled dual electric motors and a fossil fuel engine, and uses something called “altitude-control technology” to achieve what Yamaha described as “a ride that feels like nothing else and a level of comfort not found with a conventional motorcycle.” In the case of the MWC-4, the gasoline engine is the range-extender, serving to increase the range by power generation. 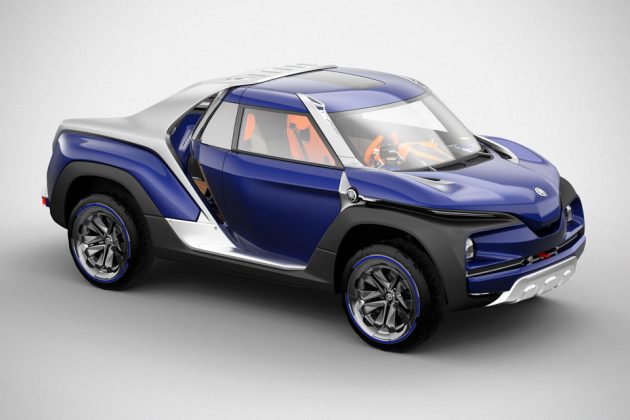 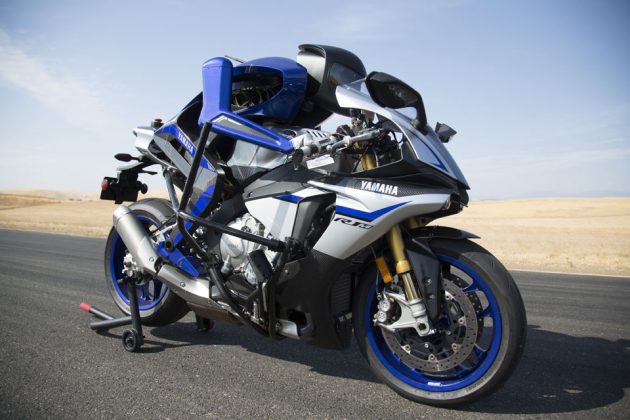 Two years on after the first mind-blowing motorcycle-riding robot made its debut, the MOTOBOT Ver.2 was revealed, now capable of riding at high speeds around a racetrack. Yamaha has sets its sight on achieving 200 km/h (124 mph) on a racetrack and eventually, take on MotoGP star Valentino Rossi to see who’s faster, robot or man. The true purpose? Well, Yamaha said “the complex underlying technologies and knowledge gained from the MOTOBOT project will be applied toward creating new value in our existing businesses as well as toward pioneering new businesses.” Whatever that means. All I know is, we want to see it goes head-to-head with Rossi. And possibly, a Real Steel of racing sport in near future, so that geeks could be super sport stars too.