You know Peugeot is dead serious about pushing its i-Cockpit to the auto industry when it decided to stick their hands into designing cockpits for sea-faring vessel too. In an announcement made late last year, the French automaker unveiled the Sea Drive Concept in collaboration with French boat maker Beneteau Boats. Designed and built by Peugeot Design Lab, the Sea Drive Concept is a functional demonstrator that leverages on Peugeot i-Cockpit which fuses Beneteau’s Ship Control technology to result what the company said to be “the boating industry’s future steering station” and “the future of powerboating.” Well, what can I said? It does look damn futuristic! 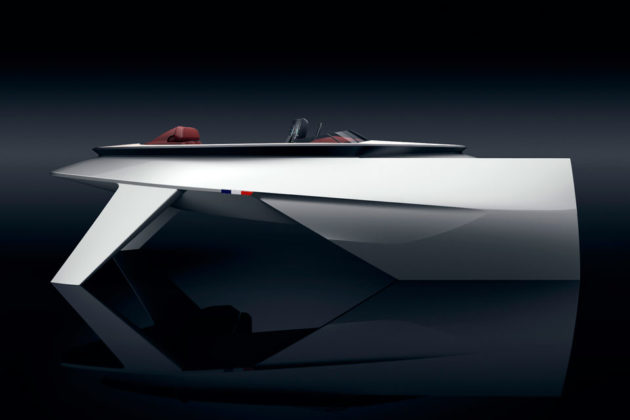 And oh. That’s just the cockpit there, btw. If that thing is a boat, then that would be mind-glowingly futuristic (because, it is virtually hull-less!). With i-Cockpit, Sea Drive Concept gets a compact steering wheel directly inspired by Peugeot cars, head-up display, as well as a large 17-inch touchscreen display from which boater will have access to Beneteau’s Ship Control technology which is found on the boat maker’s Gran Turismo 50 sports cruiser. In addition, the cockpit also boats a folding panel for navigation information, convenient layout along the pilot’s line of vision and a series of toggle switches on either side of the wheel offered direct access to all the main functions within arm’s reach.

Finally, Peugeot addressed the luxury and comfort with choice of materials based on the Peugeot GT trim level which includes Nappa leather, copper top stitching, chrome and satin accents – just to mention a few. Now, I don’t profess to be boat expert (and never will), but that thing right there looks pretty damn cool. Perhaps, it is really the future of boating, not just powerboating. 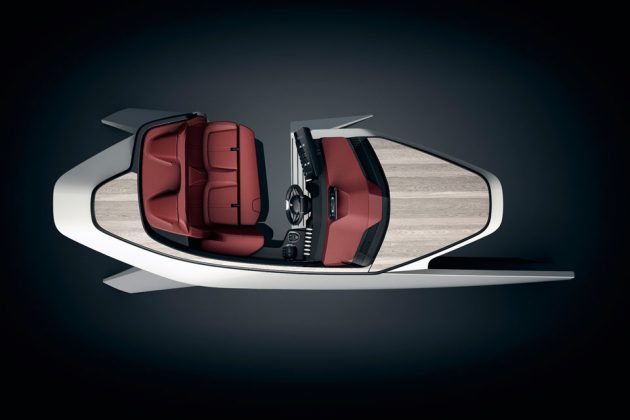 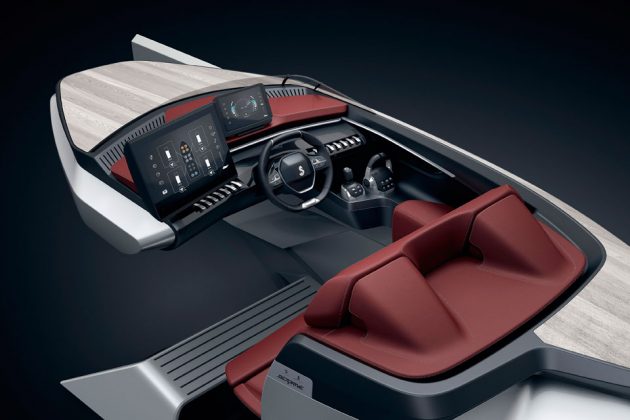 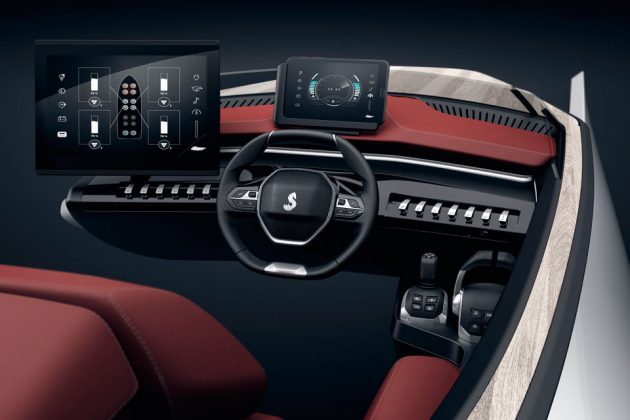 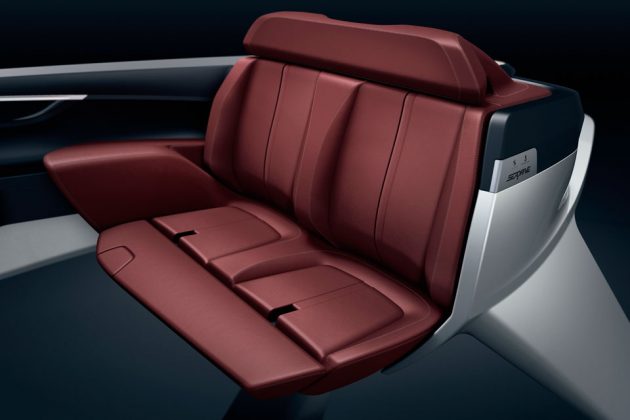