Being a sucker for all-thing mecha, it is only natural that I got all dizzy about the world’s first mech robot battle, but as thrilled as I was, those mecha, be it MegaBots or Kurata, are short of being “real mecha” because, rightly, mecha should pound the ground, not rolls on tracks or wheels. A mecha should be like Hankook Mirae Technology’s Method-2, or China’s giant monkey robot. In other words, they should have lower limbs. Not all hopes are lost, though. The world of giant-ass robots is progressing, starting with the aforementioned and now, we heard, there is another and it is called Furrion Prosthesis Exo-bionic Racing Mech. 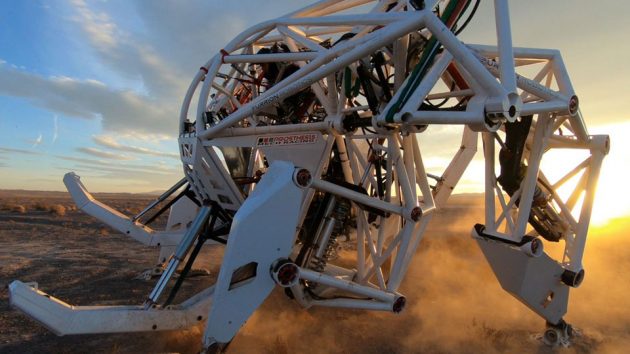 As the name suggests, Prosthesis is not just any robot; it is a robot destined to race with lower limbs. Furrion has a bold vision; it wants mech racing to become a sports like, you know, Monster Truck racing, Daytona and the Formula series. And like those races, it will be manned. Though I’d imagine it will pretty uncomfortable with a mechanical beast trotting at speeds down the track. But I wouldn’t think Furrion’s dream is too farfetched. Already, mankind have been racing with anything and everything, including tractors, semis and virtually anything that could be raced are being used to race. So, I’d say racing robot is the next natural progression. 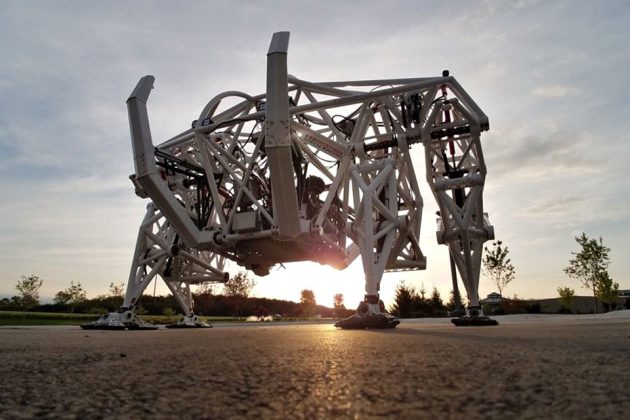 At first glance, Prosthesis looks like something straight out of Japanese anime with its chromoly steel frame that envelopes the cockpit and drivetrain. It looks like a lean, mean machine designed to take on alien invaders (think Robotech AKA Macross), but obviously. It isn’t. However, who knows, this thing or similar beast may be the battle machine of the future? Anyways, it is without skin for now, but I am sure it will have in due course. But prior that, this 15 feet tall, 18 feet wide and 8000 plus pounds (over 3,639 kilograms!) electrically-driven steel beast will be further tweaked to enable it to reach speeds up to 20 mph (32 km/h) and even stepping over obstacles, and doing so for up to an hour on a single charge. Until that realizes, it will just walk in quite a leisurely manner. 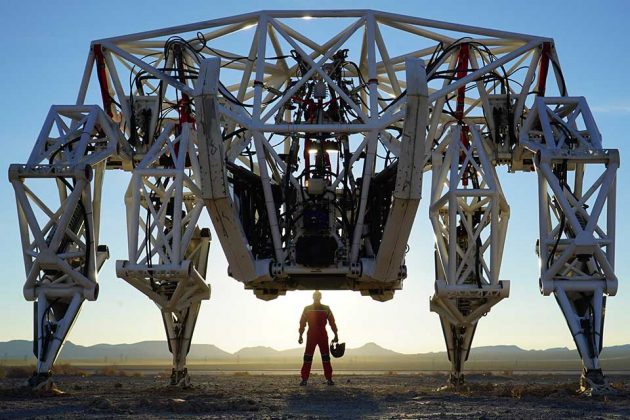 It is a good start, nonetheless, and I will be looking forward to the day when I can cheer for my favorite mech racing team as my voice is being drowned out by stampeding monster robots. But how soon? I have absolutely no idea. We hope it will be very soon. In a press announcement released in conjunction with its debut at CES earlier this year, Furrion has revealed a short trailer that shows the Prosthesis in motion and in the same announcement, the company also officially launched a brand-new sport called X1 Mech Racing League. Wow. This is damn exciting! I can’t hardly wait! Seriously. Keep going for the said trailer after a couple more looks. 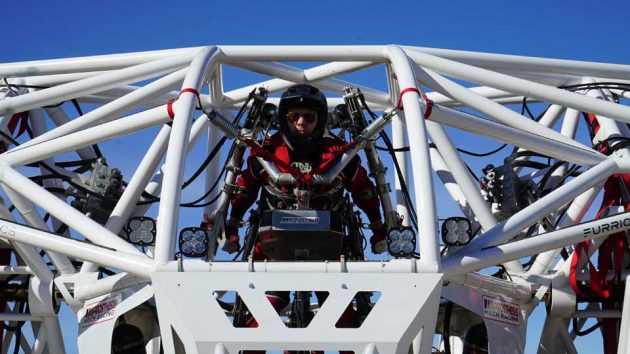 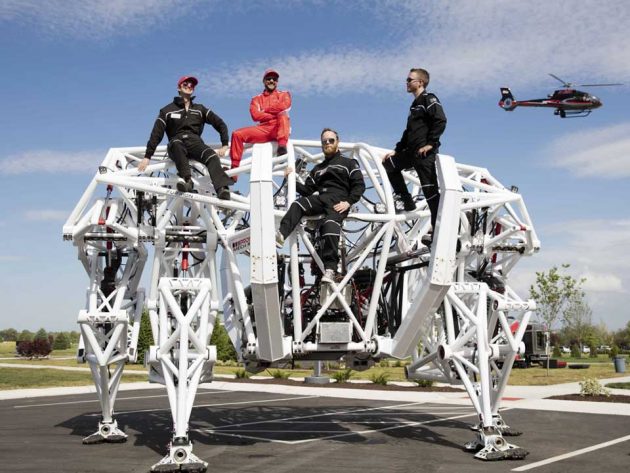 P.S. Obviously, after 1.37 mark, the machines are CGI stuff. So, don’t get too worked up and start flaming them (or the video). It is, after all, just a concept trailer.