Bluetooth headset has to be the one tech that’s hard to get it right. makers have to deal with comfort of wear, clarity in voice call for the parties on both ends, and not looking awkward at the same time. the Plantronics Voyager Edge Bluetooth Headset is the latest from the Santa Cruz-based firm that take a stab at all of the aforementioned. for starter, it looks uber sleek and unobtrusive in a slim, compact package and packs Plantronics audio technology, along with multi-microphones setup offering a proprietary noise- and wind-cancellation, promising a clear communication regardless of the environment.

responsive sensors are built into the Edge which intuitively direct calls to the phone or headset, pause music for incoming calls, and even automatically answer calls when you place the headset on your ear. it also supports voice commands, allowing you to use voice to take or reject calls, check on the battery and connection status, and it even announces the incoming caller’s name so you know who’s dialing in without pulling out the phone. a built-in lithium-ion battery, rechargeable via micro USB port on the headset, offers up to 6 hours of talk time, but if that isn’t enough, the included portable charging case is able to offer up to another 10 hours of usage.

misplacing of headset is a common affair, but with the free Find MyHeadset app for Android phones (coming soon for iPhone) you can sound off a tone for easier locating of the headset, or track last usage on a map. a few other details include P21i nano-coating on both the headset and the case to repel moisture, ability to connect to two phones and answering of calls from either one, plus NFC-enabled quick pairing functionality. the Plantronics Voyager Edge Bluetooth Headset will be reaching the shelves this April for $129.99 a pop. available in three hues: carbon black, slate grey and glacial white. 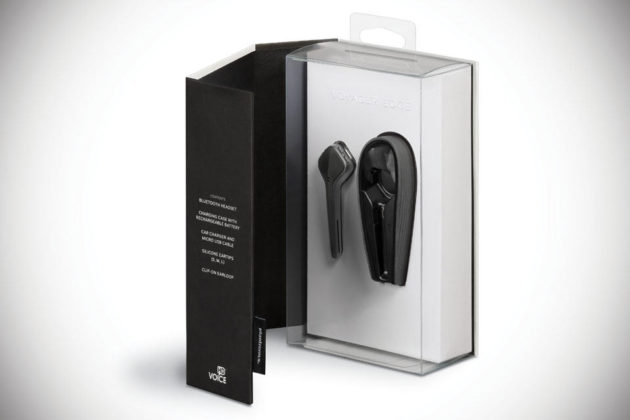