Here’s a quick one. You remember Ricoh Theta 360-degree Digital Camera from a few years ago? It was among the first 360 camera back then and since then, Ricoh hasn’t stop dabbling in. It was never cheap, though. In fact, it is kind of pricey. Anyways, Ricoh must have felt the heat of the competitions and decided that it is high time to slash the price of its new Ricoh Theta SC 360, which the company described as a “mass-market camera,” to $199.95. That’s a good 100 bucks off the original advertised price. The move is also to coincide with U.S. summer time where consumers are expected to utilize more of imaging devices of such nature. 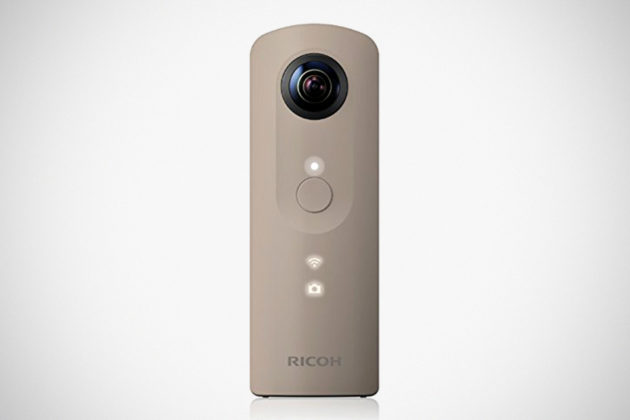 We did not pick up the story on this newest Theta when it surfaced sometime last October and so, here’s the gist of this device in case you are clueless about what it does. For starter, it is a 360-degree camera, obviously, that lets you record 360-degree fully spherical images and videos and it sells itself as a handheld, one-button operation device which can also used with a tripod, or placed on a flat surface, and remotely controlled by an Android or iOS device via the Theta S app. It boasts two 1/2.3 image sensor with effective pixels of around 14MP, a still image and video ISO range of 100-1600, a built-in storage of 8 GB and a rechargeable lithium-ion battery.

You can pick up the Ricoh Theta SC 360 Camera with the revised sticker from Ricoh online store, as well as Amazon. Don’t say we did not let you on this.