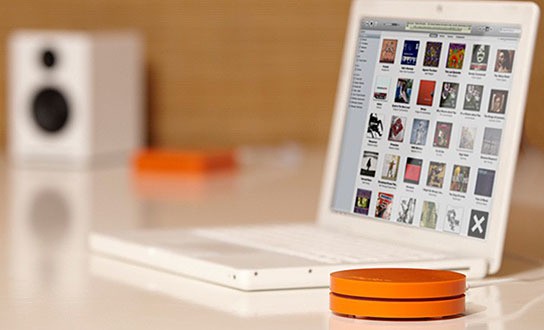 today, virtually everything has gone or is going wireless and this wire-free phenomena is slowly creeping into the audiophile territory. for audiophiles who are still apprehensive about changing to newer system with AirPlay technology or wireless speaker system, there are always aftermarket add-ons to enable wireless streaming to your existing system and to this end, we are certainly not lacking of options to suit different budget level. if you have a little more to splurge, you might want to check out this latest wireless streaming option – playGo USB. playGo USB is a true plug-n-play system that enables sending of high quality audio streams from your PC or Mac to any stereo system.
[ad#Google Adsense-text-468×60]

well, sounds simple enough. it consists of two parts: the transmitter unit that connects to your computer via microUSB and a receiver unit that hooks up to your stereo system with RCA or optical cables. once setup, you will be able to enjoy 24-bit/90kHz digital sound sent from your computer to your favorite stereo system for up to a range of 75-feet (23-meters). as for the thing that catches our eye… is its clean, minimalist design and the custom designed enclosure that’s machined out from Dupont’s 1/2-inch Corian – the stuff that we typically use for kitchen table tops. other features include Burr-brown SRC4192 sample rate converter, 24-bit/96kHz DAC, capacitive touch sensing buttons on the receiver unit, and glowing LED layer on both transmitter and receiver units to color up your music enjoyment.

NOW READ  Michi By Rotel Is Back In The U.S. Markets With Three New Michi High-End Audio Components

the playGo USB comes in two colors, white or orange (surprise! it isn’t black) and is on sale now for $399.99 (original price was $449.99). honestly, i was totally sold by the idea of using Corian material but even at its sale price, it still remains quite prohibitive to me. 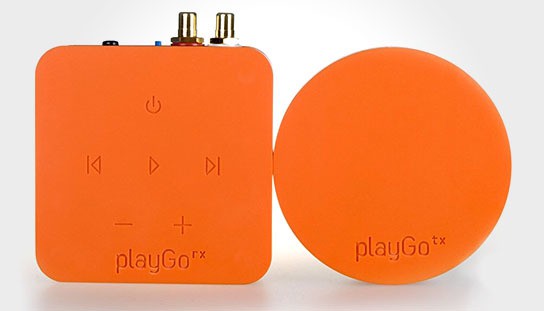