There is no telling if British luxury car maker Jaguar will ever make motorcycles, but if it did, we sure hope it will look like the Jaguar Project 7MC, a concept bike dreamed up by Hungary-based designer Tamás Jakus (of Jakusa Design). Jakus is no stranger to conceptualizing dream rides, be it two- or four-wheeled, but Project 7MC is the one that caught our attention. Not just because it is sleek ride. Not because it is a ‘what if Jag made a bike’ concept, but it is also a synthesization of two of the UK’s most iconic marques: Jaguar and Triumph. Most importantly, it looks like a lovechild of the Jaguar F-Type Project 7 and a Triumph Speed Triple. 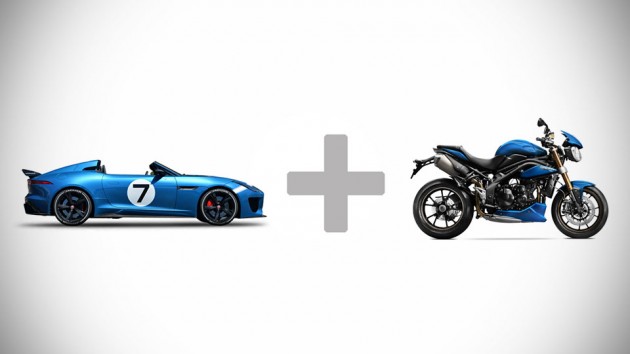 In Jakus’s concept, the bike’s naked Triumph framework is wrapped in the obvious curves of the Jag’s Project 7 and the result is clearly a winner, well, at least in our books it is. Man. Can someone tip Jaguar off already? Other worthy mentions include a 70s-style front cowl, an “insect”-style headlamp, a steeply raked windshield, a set of 5-spoke carbon wheels, and a diamond stitched seat with contrast accents. Alas! The Jaguar Project 7MC is all but a fantasy, but we thought we should help spread the word and hopefully, someone in Jaguar or Tata Group will hear about it. In the meantime, we can all keep dreaming. 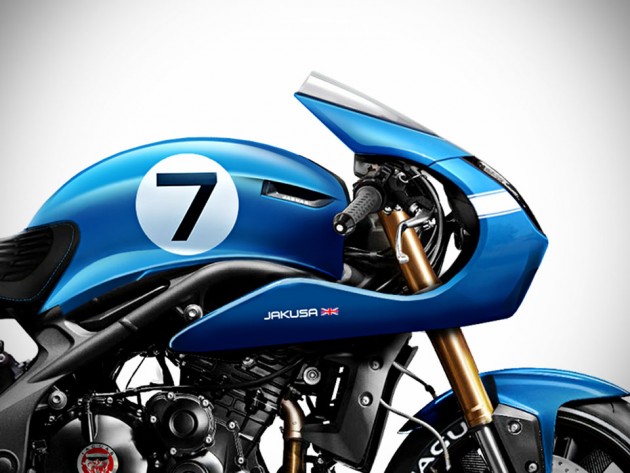 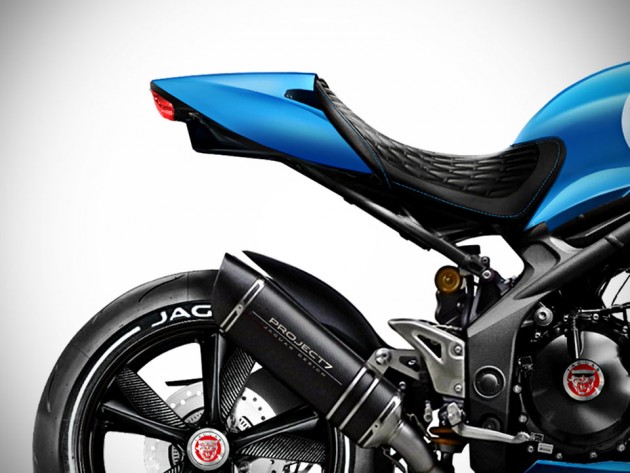 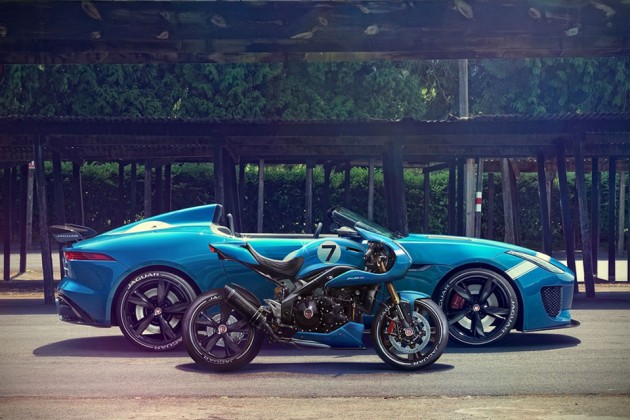 via The Awesomer via Motoroids