Does speed matters to monster trucks? Nope, but if it can be the world’s fastest, why the hell not? Bagging the title of the “Fastest Speed for a Monster Truck” is the Ram Truck sponsored monster truck, Raminator. Piloted by Mark Hall, it made history at the Circuit of The Americas in Austin, Texas, achieving a new record speed of 99.10 miles per hour, driving both the truck and the driver into the Guinness World Records and in the process, wiping the previous record off the book by 2.3 mph. The record was set on December 15 , 2014 at 8.44 a.m. (CT) on the 3.4-mile race track of the 1,000-acre multi-purpose facility, located at southeast Austin. If you know monster truck, you will know that it (the speed record) was feat not to be sneered at. 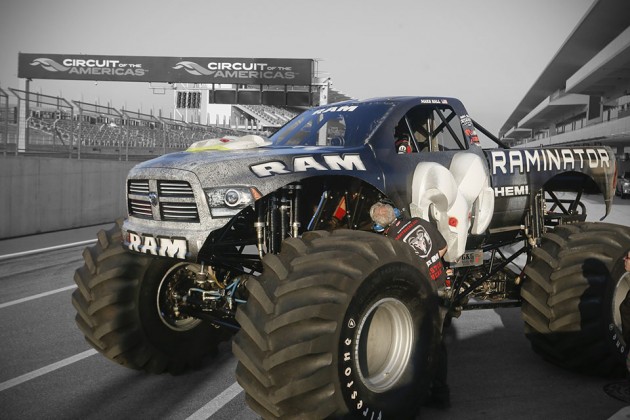 More impressively, the record-making monster truck has no addition work done to it run up to the record attempt. Meaning, what the Hall Brothers Racing Team, the outfit behind the Raminator and many other monster trucks, did was to bring the 2,000 hp 565 cu. in. HEMI engine-equipped beast straight off the arena and put in on the track. And as you might have already know, such monstrosity was never meant for speed, much less at a sustained speed in a straight line and on a perfectly flat surface (see the video below to see what we meant). Any miscalculation can result in unimaginable devastation to both man and machine. 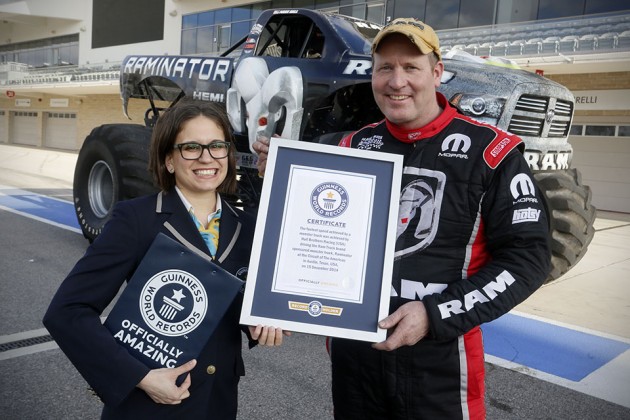