Well, this is it. Razer much anticipated follow up to its first smartphone, Razer Phone 2, is official. Aesthetically, it still retains the square, either you love or hate it super straight form, but now, instead all matte black, it is glossy black – thanks to new glass back and it is now Chroma-enabled. It won’t go all My Little Pony on you though; the Razer’s signature RGB lighting system for gaming appears on the logo around the back of the device, affording the Razer triple-headed snake logo with 16.8 million colors and serving as a visual cue for app notifications. 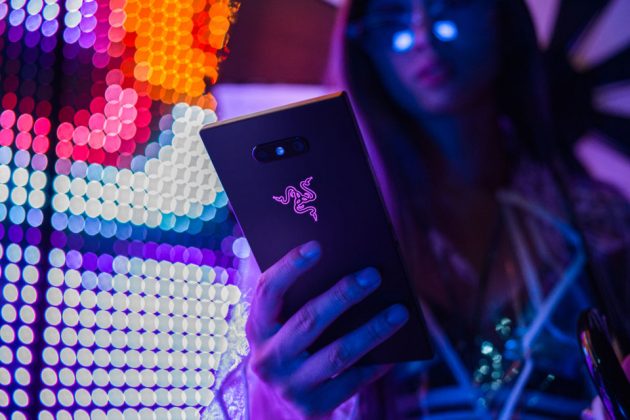 Chroma on Razer Phone 2 is, of course, customizable with lighting effects such as Static, Spectrum Cycling and Breathing. Man, this phone not only looks good, but it also has a tons of features missing from the original gaming smartphone, including wireless charging that works with a new wireless charger that is also Chroma-enabled. It can, obviously, charge via the wired route, which is using a USB-C cable that supports Qualcomm QuickCharge 4+ for taking a flat battery to 50 percent in just 30 minutes. It is also IP67 rated now, protecting it against water and dust ingress. 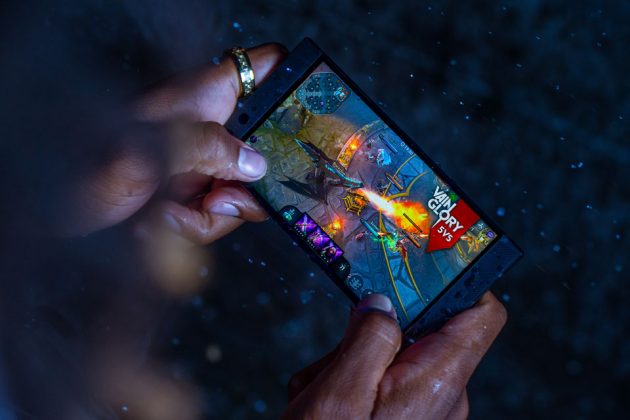 As with most Android flagships in 2018, clockwork is undertaken by Qualcomm Snapdragon 845 Mobile Platform with Adreno 630 GPU “Vapor Chamber Cooling,” backed by 8 GB of LPDDR4X RAM and 64 GB UFS storage. Strangely though, Razer opted to go with LCD as opposed more energy efficient OLED. Perhaps, cost is a concerned? Maybe. Speaking of display, it is a 5.72-inch IGZO LCD with HD+ resolution (1,440 x 2,560 pixels) and touting UltraMotion Technology that offers 120 Hz refresh rate and touch sampling, along with Wide Color Gamut. 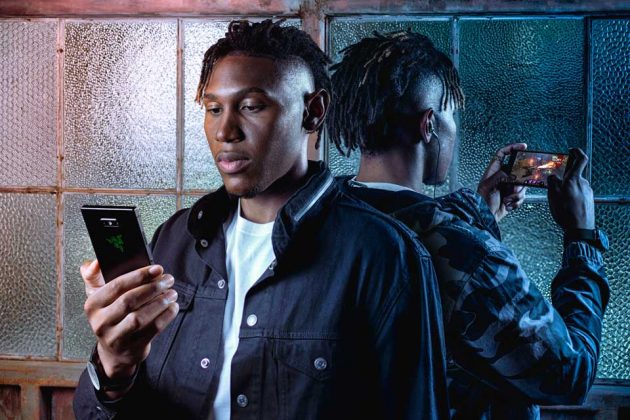 Other noteworthy mentions include a microSD card slot that supports up 1 TB, Corning Gorilla Glass 5 with anti-fingerprint protection, a horizontal dual camera setup (12+12 MP) with PDAF, a 8 MP fixed focus front camera, stereo front-facing speakers with dual amplifiers and Dolby Atmos technology, support for LTE Gigabit networks for super speed downloads, and a high capacity 4,000 mAh lithium polymer battery which Razer said it is good for up to 10 hours at 120 Hz. It is available in Mirror Black with a Satin Black variant landing sometime in Q4 2018.

The Razer Phone 2 is open for pre-order now with a starting price of $799.

Have a look at the specs overview after a couple more looks. 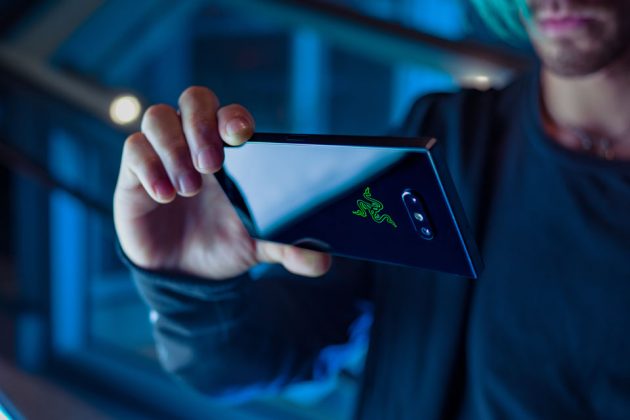 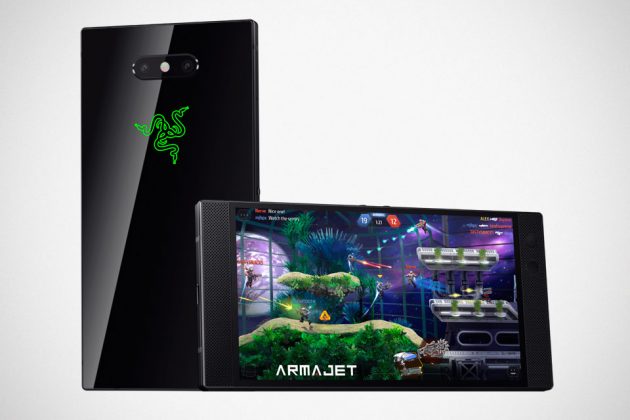