Who would have thought that the three-camera Samsung Galaxy A7 announced last month was a prelude something even mind-blowing? I am talking about the just-announced Samsung Galaxy A9 which packs not two, not three, but four freaking cameras around the back. Four! Imagine that. Suddenly, it makes Light Camera’s ambitious 9-camera smartphone plausible. Anyways, wasting your precious time, here’s what the rear quad camera’s highlights:

• Get close without compromise with 2x Optical Zoom for incredible and detailed close-up shots even from far away.
• Capture the world in its fullest and without limit, with the Ultra Wide Lens, and shoot like a pro with the Scene Optimizer. Thanks to AI Scene Recognition, your camera is now smarter, and able to identify the subject and adjust settings accordingly for the best photo, in an instant.
• Express your creativity with the Depth Lens, giving you the freedom to manually manage the photos’ depth of field and focus on the subject for stunning, professional looking images.
• Capture clear and bright images in both bright and low light conditions with Galaxy A9’s 24MP Main Lens, for gorgeous photos at any time of the day. 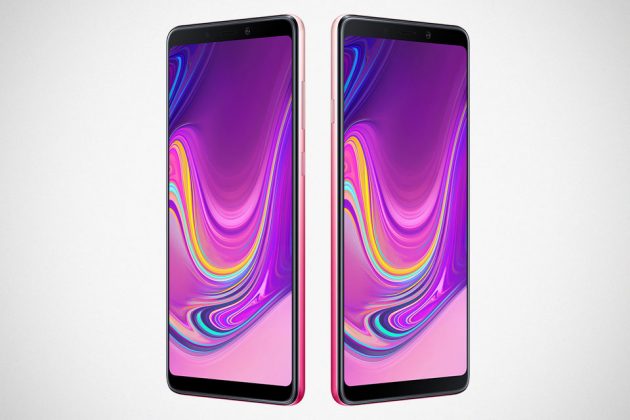 Still on the topic of imaging… the A9’s quad rear camera is made up of a 8 MP ultra-wide, a 10 MP AF telephoto, a 24 MP main camera and a 5 MP depth cameras. The notch-less top is where you will find a 24 MP f2.0 camera and below it, is a large 6.3-inch FHD+ Super AMOLED display. Design-wise, the A9 is rather ex-pleasing like the A7, but nothing radical (as with most of today’s phones). However, it does some pretty dope color options, including Caviar Black, Lemonade Blue, and Bubblegum Pink. The design is round up with a 3D Glass curved back. 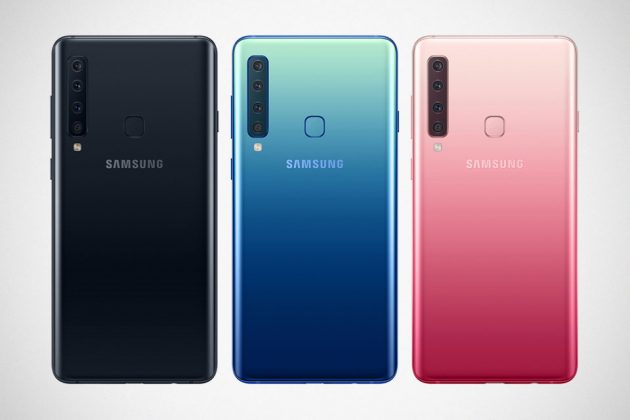 Other key features include an octacore (2.2 GHz quadcore + 1.8 GHz quadcore) chip, up to 8GB RAM, 128 GB storage, microSD card slot (support up to 512 GB), the garden variety of sensors and positioning, and a 3,800 mAh battery. Out-of-the-box, it will run off Android 8.0 Oreo OS with Samsung flavored UI.

Pricing is not known yet and as for availability, it will be heading to select markets starting November 2018. Keep reading to find an infographic of the Samsung Galaxy A9 specifications. 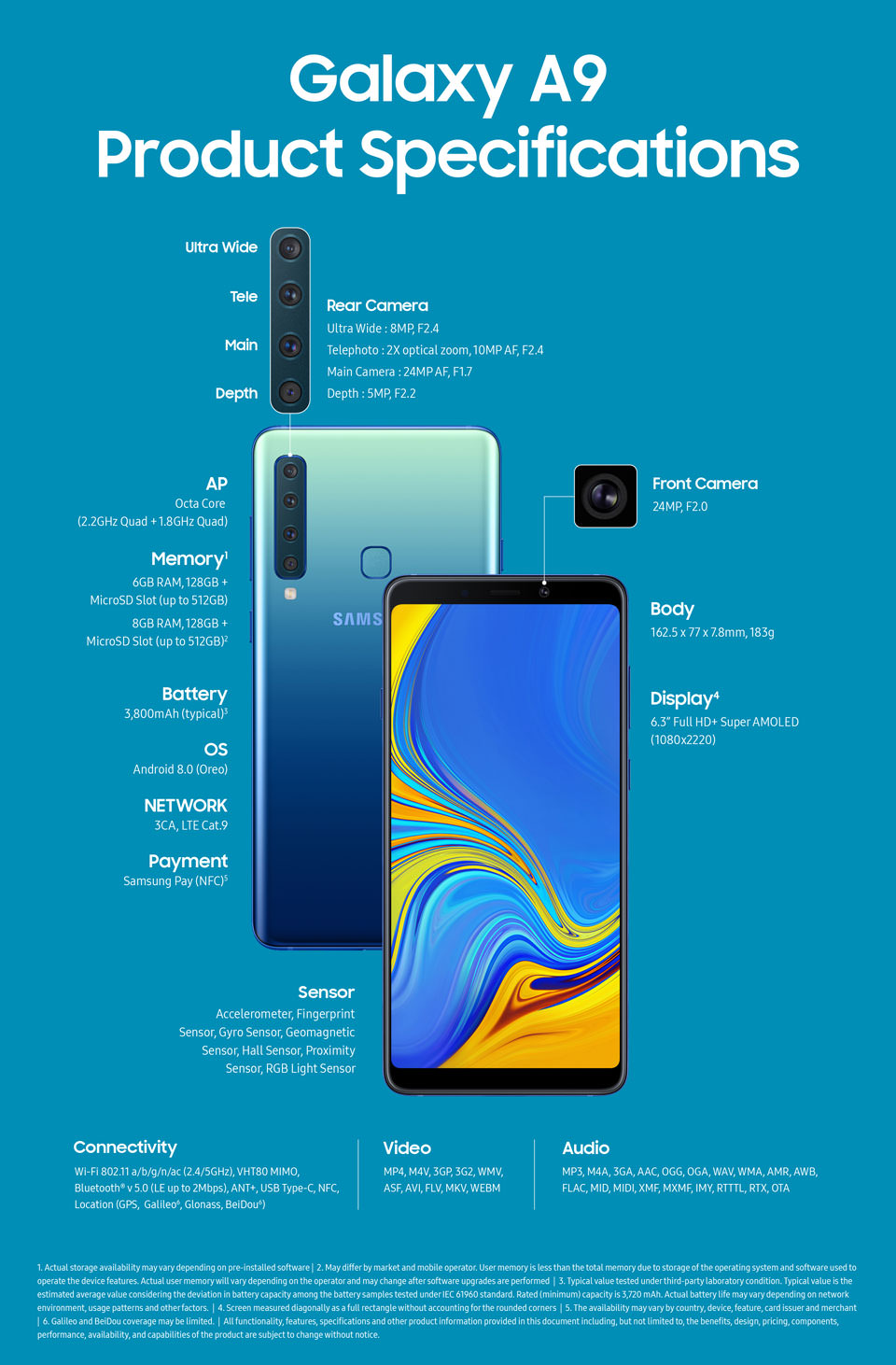