At this point, there are only two mainstream smartphones that has a three-camera setup. They are the Huawei P20 Pro and the Porsche Design Mate RS. Both devices are in the flagship realm which means they are not cheap (especially, the Mate RS). But fret not if you a Samsung fan who is down with a 3-camera setup smartphone because, last week, Samsung quietly surprised the market with a non-quite-a-flagship device that has not one, not two, but three cameras. 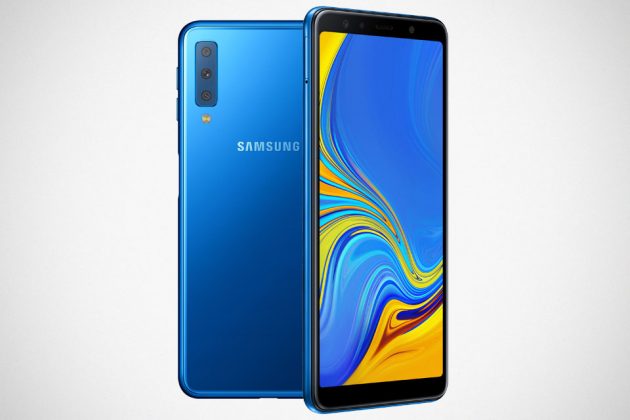 The device unveiled on September 20 was the Samsung Galaxy A7. Yes. You heard that right. An A series getting a triple camera setup. Now, that’s news! Clearly, Samsung is out to wrestle with Huawei in the mobile photography department and it is also doing so by tickling the fancy of non-fan of notch because the A7 has no notch. I guess it is a yay? Maybe? Speaking of display, it is not all screen, though, but a three-camera setup should satisfy Samsung fans who have been longing for it to happen to a Samsung’s device.

However, unlike Huawei who chose to go with an astonishing 40 MP RGB, a 20 MP Monochrome and a 8 MP Telephoto configuration, Samsung has opted to go with more widely used 24 MP sensor which works alongside a Depth lens and a 8 MP sensor paired with a 120-degree Ultra Wide Lens that mimics the same viewing angle as the human eye. With the Ultra Wide Lens, A7 promised to “captures the world exactly as you see it.” 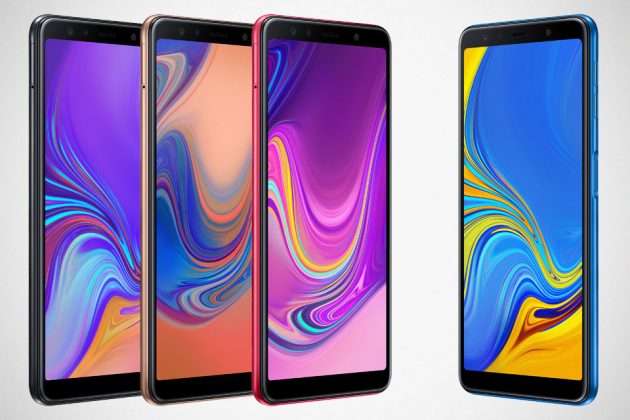 In addition, there’s a thing called Live Focus that lets you control the depth of field, simply by adjusting the bokeh effect. Furthermore, Samsung said that the 24 MP lens will automatically lets more light in by combining four pixels into one in low light conditions and therefore, it should have low light photography covered as well. Finally, there is the Scene Optimizer that works pretty much like Huawei AI-backed scene recognition.

Driving the clockwork is an octacore chip clocking in at 2.2 GHz, backed by up to 6 GB RAM and 128 GB internal storage that is further expandable up to 512 GB with microSD card. Fronting the device is a 6.0-inch FHD+ (2,220 by 1,080) Super AMOLED display, and the device gets a fairly common-the-market 3,300 mAh battery. The rest of the specifications are, well, rather rudimentary.

Unfortunately, it looks like the Samsung Galaxy A7 will not be hitting the U.S. market. Instead, it will be offered in select European and Asian markets this fall, but not all hope is lost cos’ Samsung said it will expand to additional markets in near future. Though granted, the company did not specifically said which markets. Anywho, expect the new Galaxy to drop on October 11, 2018. Skip ahead for an infographics for a rundown of the key specifications. 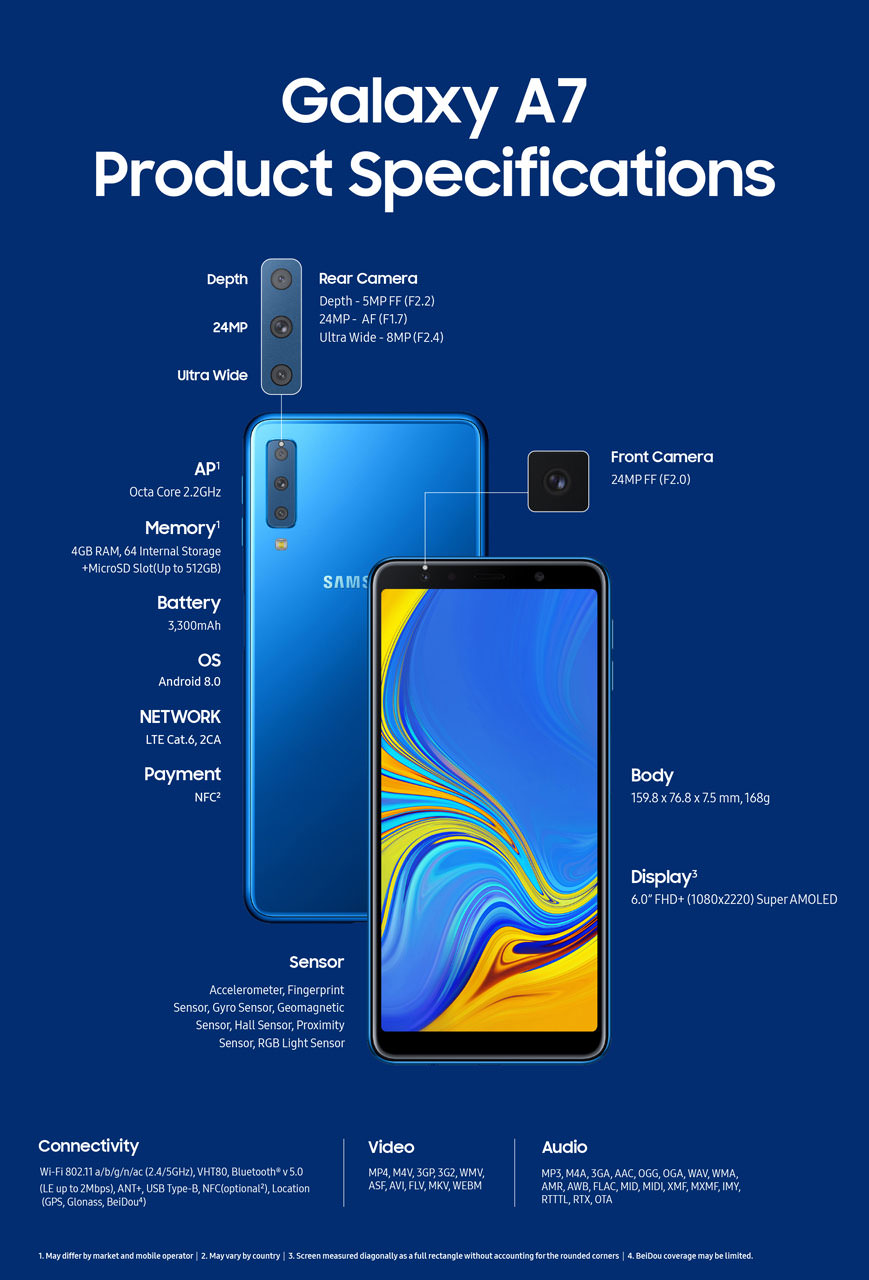