At 261.875 mph, the Honda S Dream Streamliner may not have broken the world record, but it is the fastest Honda ever to be built. Also, you won’t be able to buy even if you flex your financial muscles. The Honda S Dream Streamliner is a purpose built speed rig based on the S660 sports car’s engine, hence the S in the vehicle’s namesake. A small team of Honda engineers hand picked from no less than 100 volunteers was tasked to developed a vehicle that could challenge the fastest speed recorded for a Honda vehicle. Almost the entire original S660’s three-cylinder 660cc motor was overhauled and reinforced to produce over three times more power than the original while maintaining the integrity at high speed runs. 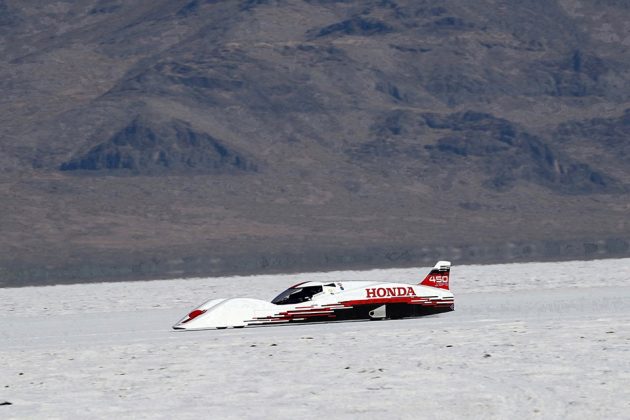 This Honda’s land rocket was developed in its entirety in Japan, tested before being shipped out to U.S., destined to make history at the revered Bonneville Salt Flats. Unfortunately, the Honda S Dream Streamliner did not make the targeted record during the Bonneville Speed Weeks, but it did subsequently at the Mike Cook’s shoot out, also at Bonneville. At Mike Cook’s event, the Honda S Dream Streamliner broke FIA record mark with 227.776 mph on the first day, and concluded with a high note subsequently with 261.875 (1 mile), 261.966 (1 km).

It was ashamed that the team’s 266 mph was not officiated as the team did not not duplicate it when setting the official mark. But you know what this little guy is capable off and perhaps more importantly, the Honda S Dream Streamliner has beaten the record set by BAR Honda F1 at Bonneville back in 2006, and therefore, becoming the fastest Honda car ever. 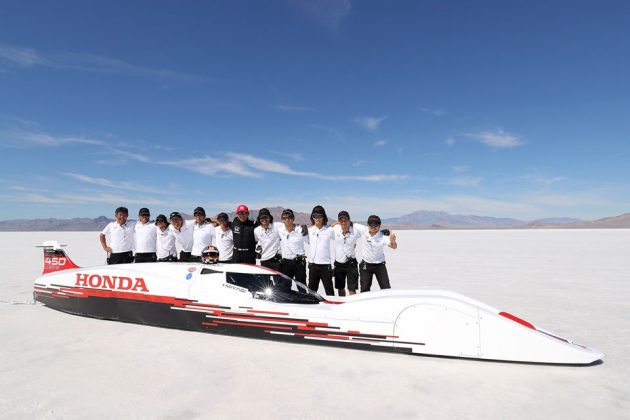