let’s be honest: these days Samsung smartphones looks pretty much the same, and the only that thing that differentiate them aesthetically is their sizes. case in point: the Samsung GALAXY Mega smartphones. from its name, you know they are mega-sized handsets, but as you can tell from the images, they look suspiciously like the recently announced S IV. in this announcement, there are actually two megas: a massive 6.3″ model and a slightly handier 5.8″ model. both phones are destined to run on Android 4.2 Jelly Bean with Sammy’s proprietary UI, of course, and driven by quad-core processors – a 1.7GHz and a 1.4GHz clock speed for the 6.3″ and the 5.8″ model, respectively. characterizing the larger model is the in-you-face 6.3″ HD TFT displays, along with 4G LTE radio, up to 16GB of onboard storage, a big 3,200 mAh lithium-ion battery, and additional connectivity options like NFC and MHL.

the 5.8″ variant, on the other hand, is a 3G-only model with 8GB internal storage and a 2,600 mAh lithium-ion battery. common specifications include a 8MP rear-facing camera, a 1.9MP front-facing camera, storage expandability of up to 64GB via microSD, 1.5GB of RAM, and the usual servings of radios and sensors such as WiFi (including support ac for the 6.3″ model), WiFi Direct, Bluetooth 4.0, USB 2.0, GPS with GLONASS, accelerometer, proximity and light sensors, geomagnetic and gyroscope. folks residing in Europe and Russian will be enjoying these mega-sized handsets starting from May with other select markets to follow suit. it looks like today’s apparels need a serious redesign to be able to pocket these giants, or maybe we just need a bag? 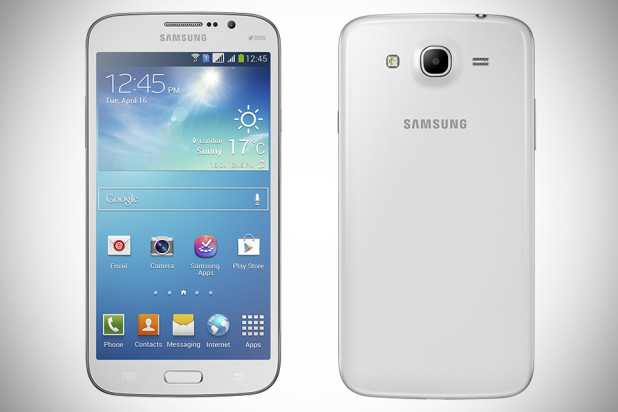