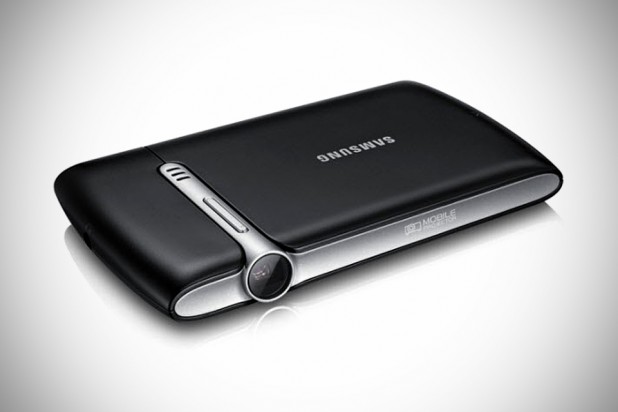 for most part, we deem projector in a phone as something that’s good to have but not necessary a must-have feature. as for those who really need to throw images on the wall from a variety of devices including laptops and smartphones, Samsung has a sleek solution for you: the Samsung EAD-R10 Mobile Beam Projector. sporting a beautiful, curvy form, the EAD-R10 features a built-in 1,650 mAh battery that’s good for 2 hours of usage per charge and is capable of projecting content at 640 by 360 resolution with 20 lumens of brightness. it is primarily made for GALAXY range devices, including smartphones, players, tablets but it will gladly hook up with any laptops as long as those devices are equipped with MHL port. measuring a compact 116mm x 60.4mm x 12.2mm and weighs in at a mere 108 gram, this pocketable projector comes complete with focus control as well as built-in speaker. though its specification is less than spectacular, we still can’t get our eyes off its sleek, sophisticate look. you can call us superficial but we won’t deny looks rank pretty high up in our to-get gadget’s prerequisites list and this happens to be one of them that have won us over in the aesthetic department. unfortunately, it looks like this baby is only available in Korea for 239,000 Won (about US$220) and there’s no indication as to whether this will be made available to the rest of the world. another look after the break. 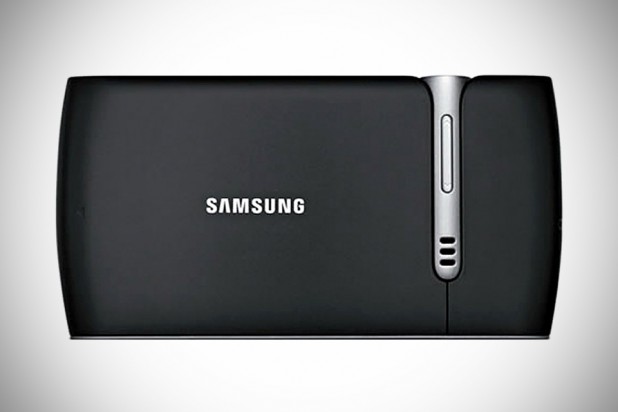 via Gizmodo via SammyHub via SAMMobile