It has been a long while since we seen any portable storage as ‘sleek’ and this long while has been interrupted by Samsung Portable SSD X5. One look and you will know why. Aesthetically, it is not your typical squared off storage; it has curves that seem to suggest a sports car vibe to it. It appears to be aerodynamic, even though it probably isn’t and it needed none. 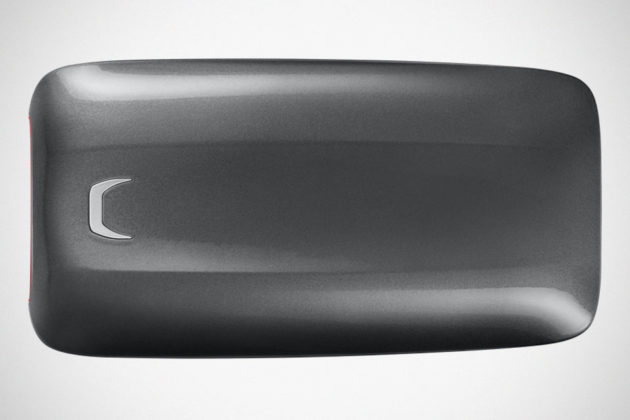 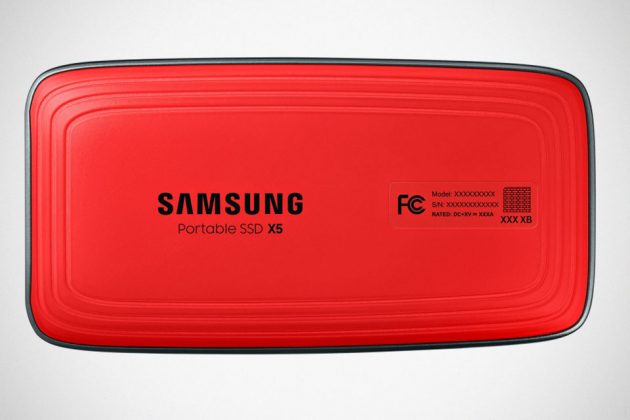 Now, if you know anything about those technologies, you will know you can expect nothing less than exceptional data transfer speeds with reliability to boot. With Thunderbolt 3, it put on the table 40 Gbps bandwidth (that’s 4x faster than today’s USB 3.1, btw), offering astonishing read speed of up to 2,800 MB/s and a write speed of up 2,300 MB/s. 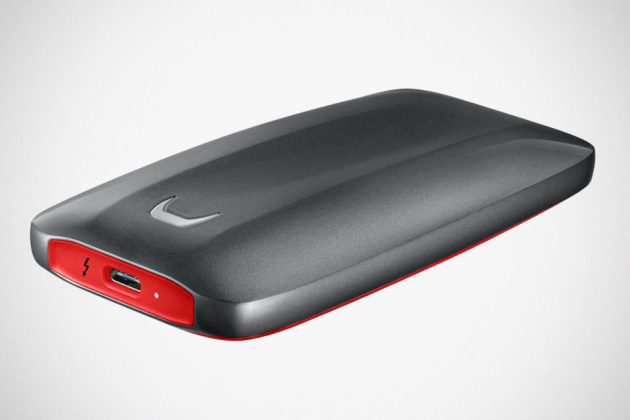 To put those speeds in perspective, the X5’s read speed is 5.2 times faster than the traditional SATA interface found on today’s SSDs and up to a whopping 25.5x fast than the its granddaddy, the good’ol external HDDs. And the write speed? It will make transferring 20 GB-sized 4K UHD video in just 12 seconds. 20 freaking GB in 12 freaking seconds! Imagine that! 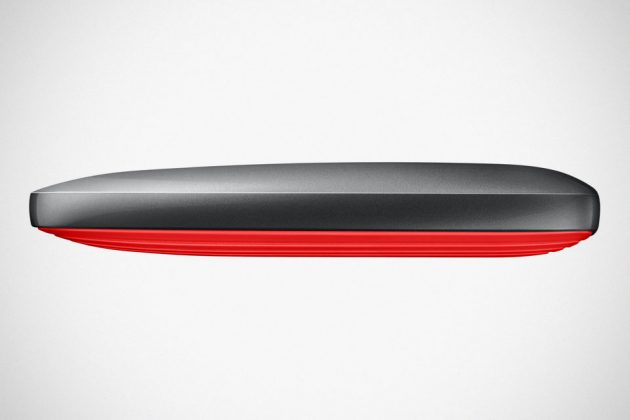 The performance is further boosted a cool operation. Dynamic Thermal Guard technology and a heat sink prevents this speed demon from overhearing, thus upping its reliability. In addition to obvious good looks and performance, X5’s glossy-finished full-metal body with non-slip bottom mat is built rugged too. A shock resistant internal frame, along with the rugged metal housing affords it to survive accidental drops of up to 2 meters (6.6 feet).

Unfortunately, though, it does not appeared to be dust- or waterproof. Perhaps, the next iteration will have that. Anywho, rounding up the package is the AES 256-bit hardware data encryption-based Samsung Portable SSD Software that will keep your digital content safe from prying eyes. Samsung Portable SSD X5 is already out in the market, in a choice 500 GB, 1TB and 2 TB capacities and retails for $397.99, $697.99, and $1,397.99, respectively. 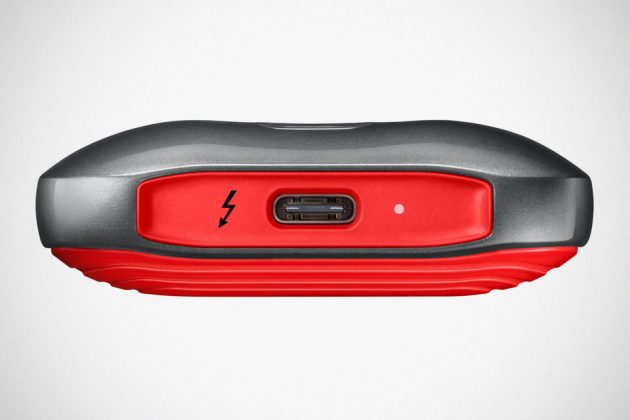