Back in the 80s, a game console war was waged between two then big players: Nintendo and Sega. More than three decades later, the battle for consumers’ money continues between the two key players of cartridge-based consoles continues and they are slugging it out with the same consoles. It is indeed console war all over again. Following Nintendo’s announcement of NES Classic, a palm-sized console of its original NES, last week, rival Sega is quick to introduce its own Mega Drive (aka Genesis in North America) in, well, mini form factor, of course. 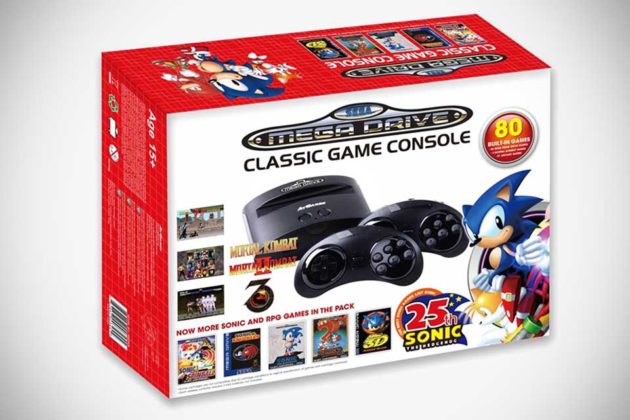 Unlike Nintendo who stays true to the original console design, with the exception of the lack of cartridge support, Sega Mega Drive mini, takes on an entirely new design but with the bonus of support for original Mega Drive game cartridges. Not to be outdone by its long time rival, Sega opt to go on the wireless route and has included not one, but two full-size controllers as standard, and to ensure the competition don’t come to a deadlock, Sega also announces a handheld gaming device boasting a 3.2-inch display and rechargeable battery. 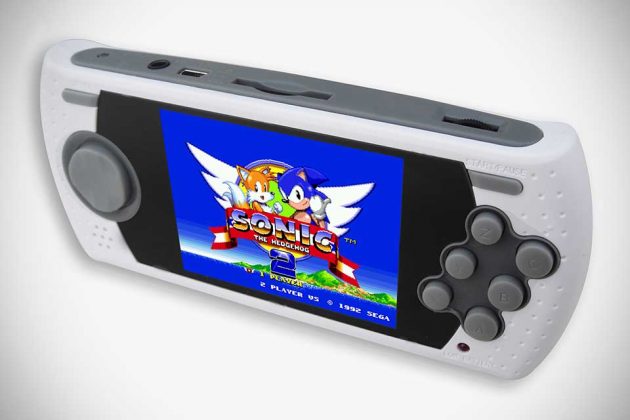 Both gaming systems will come preloaded with 80 games, including endearing classics like the entire series of Sonic the Hedgehog, Mortal Kombat, Golden Axe and more. We love how this video game console veterans are bringing back these consoles, updated for modern TV, but are they what we really want or are they just novelties? Anywho, if you are huge Sega fan who is already drooling for one, well, we have both good and bad news.

The good news is Sega Mega Drive Mini Game Console and the Mega Drive Handheld are real thing which are available for pre-order, priced at £49.99 a pop (around US$66), BUT as you may have guessed from the currency, it appears that these retro game consoles are not available to the U.S. or any other places in the world, at least, not for now. Shipping starts October 2016.