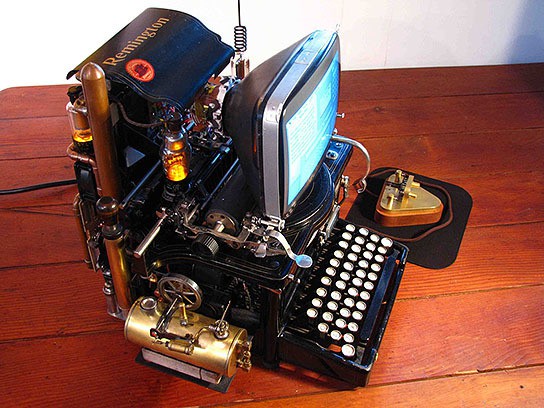 there are many ways to steampunk your Mac. you can either do it the Kirk DuQuette way, or you could take a step back in time like what Steve LaRiccia did as depicted in the above image. LaRiccia’s steampunk creation is the result of fusing a 1991 Apple Macintosh computer and a 1987 Remington Standard Model 7 Typerwriter. and that’s not all. LaRiccia also incorporated a mouse remodeled from a Morse code telegraph key pad, vacuum tubes and an old telephone-based 56k dial-up modem for the Internet needs. completing the steampunk details are the pneumatic pump, gauges, magneto and a steam engine. i am totally awed and for a moment, i kept staring at this beautiful sight. check out a two-minutes plus video intro after the break.
[ad#Google Adsense-text-468×60]

LaRiccia’s work of art is code name the Wozniak’s Conundrum and it is a fully functional machine that runs off Mac OS 7.5. it can perform applications such as word processing, spreadsheets, compute maths, do data bases and it even has a leisure side of it by the way of a flight simulator and our favorite “Tetris” game. if the Victoria Era ever had a computer, it would certainly look like the Wozniak’s Conundrum. no doubt about it. 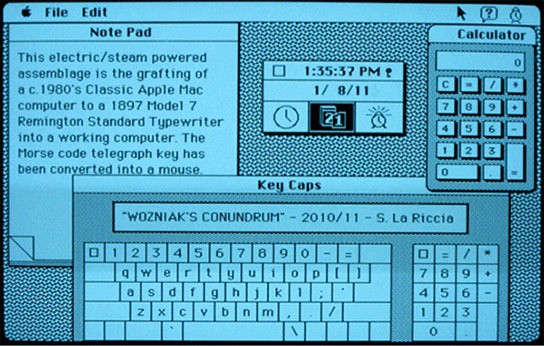 The Mac Store via Technabob