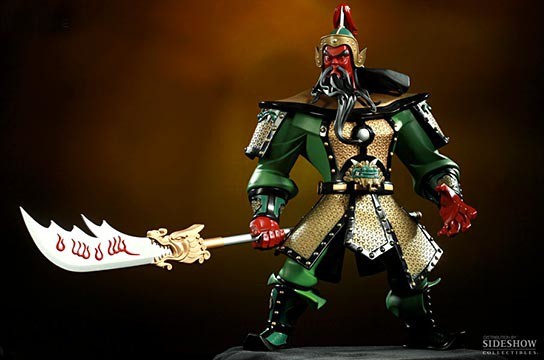 this one is dedicated to the fans of Chinese Folklore. Sideshow Collectibles present the 12-inch Guan Yu Vinyl Figure created by Kaching and sculpted by VIN TENG. if you have some knowledge on Chinese ancient history, you will be familiar with this Chinese historical figure as depicted on the classic novel “Romance of the Three Kingdoms”. for the uninitiated, Guan Yu was a warrior who was known for his martial skills and compassion. he is often depicted as an imposing, long bearded man with reddish complexion, along with his primary weapon which is later known as the ‘Guan Dao’ (Dao is the chinese for knife). Kaching’s rendition is a little to the cartoon side but still looks magnificent in its classic green edition which for $89.99, it could be yours and it comes with a special collectors edition box. another look after the break.
[ad#Google Adsense-text-468×60] 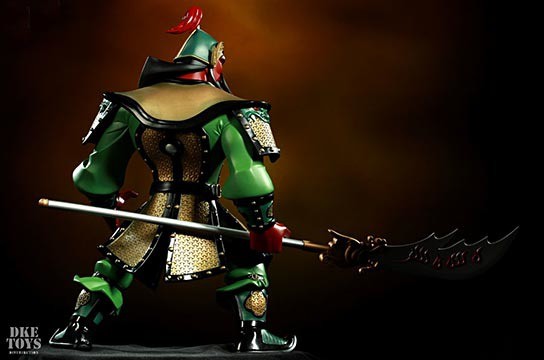