On a Mac, Shift-Option-2 is the shortcut to the euro (€) symbol and that’s just one of them. There are a bunch of others which can be quite confusing and that’s not to mention the various other shortcuts for other programs. There is really no better way than to memorizing those shortcuts by heart or write them down on stickies, sticking them on your computer. But that’s until now. Meet the Sonder e-ink keyboard, a product by Sydney-based startup Sonder Design that, as the name implies, uses e-ink technology on all its letter, number and function keys, to change the display and function based on the application being used. 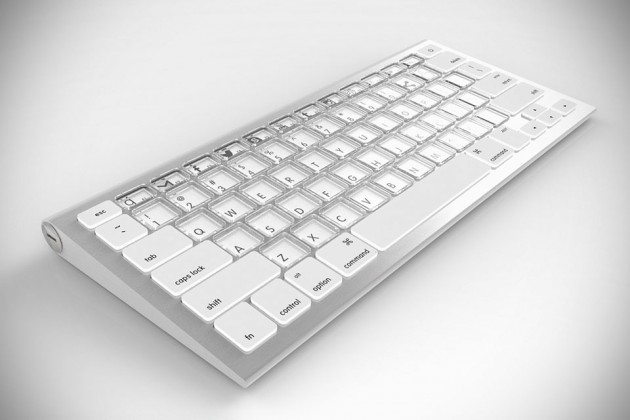 We hate to say those words again, but that does really sounds like a dream come true for folks like me and probably another tech that will spoil our memories since we have lesser things to remember by heart, but for convenience and productivity’s sake, we will embrace Sonder Designs’ proposition. Obviously, Sonder Design is not the first; previously there are a few examples from Art Lebedev, but those does not come cheap where else Sonder Design’s iteration cost just $199. Well, at least that’s the pre-order asking price. Eventual retail price is expected to be $299. Even then, it is still a whole lot cheaper than the Optimus Popularis which cost $1,500. Though we have to admit Art Lebedev does strike us with its beautiful colored displays.

NOW READ  There Are More Acer ConceptD Products, Including A Laptop With An “Articulated” Display

Functionality-wise, Sonder Designs said the keyboard will “adapt to you to display app-specific layouts on the keys for all your applications” and it can be setup to display regular QWERTY keys or DVORAK layout, in English, Chinese and even non-Phoenician characters, plus you can establish game-specific hotkeys, macros and specific in-game commands. Iconography can also be customize so you will know the keys are your pressing at all times. It is lighted too, through the use of advanced fiber optic waveguide, so day or night, you won’t miss a key and last but not least, it touts a “patented crisp, responsive key mechanism.”

Sonder e-ink keyboard will work with PCs, Macs, including small devices such as smartphones and tablets, and uses Bluetooth as the connectivity of choice. It runs off an internal battery, which is recharged using an included and super stylish, braided fiber cable. Basically, this keyboard is more than just convenience and functionality; it is about style too, as attest to its product presentation, which look kind of Apple-ish. But hey, we are not complaining.