there is little in common between the world’s most doc, Doctor Who and wizard whiz kid Harry Potter except that they both hails from the U.K, but that doesn’t make a Sonic Screwdriver Wand anymore ridiculous – in fact, we thought that’s a pretty cool idea. we are not sure where you could purchase one after the one custom by Praeciarus Wands sold out, but if you have the knack with machinery, in particular wood working rigs, then Instructables member CabbitCastle is more than happy to show you how to craft one for yourself. though also based on the 10th Doctor’s Sonic Screwdriver, CabbitCastle’s iteration takes on a slightly different twist by fusing it with Romana’s Sonic Screwdriver to complete the wand look. the entire Sonic Screwdriver Wand is crafted from wood (like a wizard’s wand should), turned on a micro lathe as two separate parts (the Doctor’s and Romana’s) and joint together by means of wood dowel and wood glue. 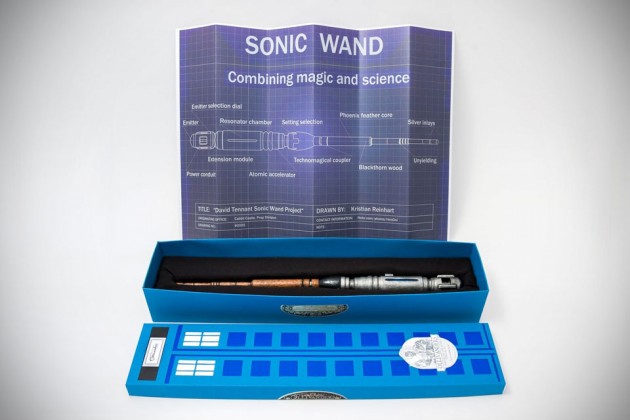 the whole project seriously requires you to be adept with working tools as you are required to muck around with lathe, power saw and also work on delicate parts using wood carving knives. i always cringe at the sight of the latter cos’ i did once tore my thumb’s flesh off while working on these knives. so if you carrying this project or any other projects that involve tools of any kind, do be careful. anyway, in case you are not as enthusiastic on getting your hands dirty, you can always settle for a blueprint-style schematic of the Sonic Screwdriver Wand, which you can download from CabbitCastle’s Flickr page in super high resolution and print it as poster for keepsake. but for those who are adventurous enough, do hit up CabbitCastle’s Instructables page for more details. 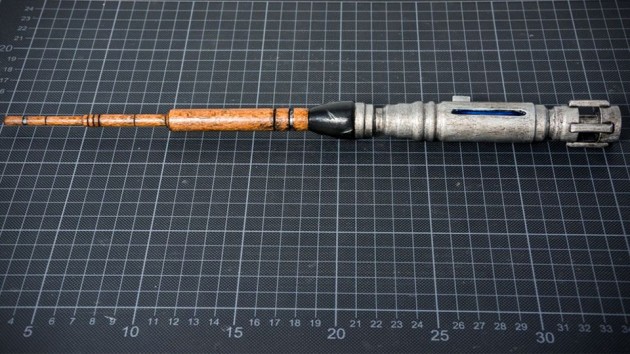 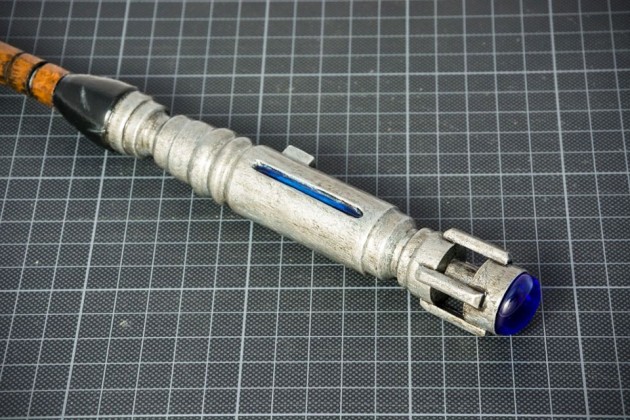 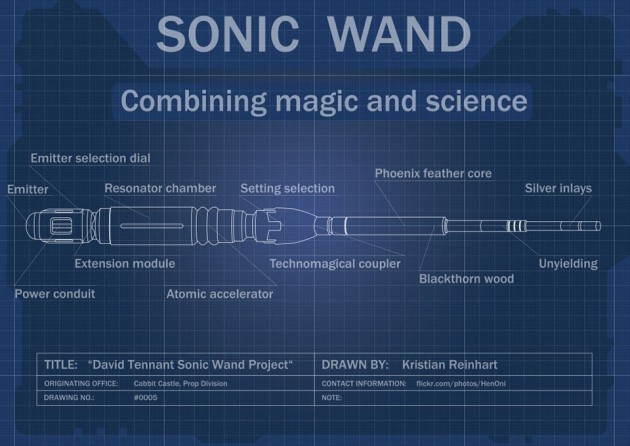 Instructables via Nudity and Nerdery