what do you get when an industrialist with a lineage to world’s famous toy maker LEGO collaborates with one of the world’s leading vehicle designer? the result may come as a surprise: it is a bike dubbed the Viking Concept Motorcycle. the industrialist here is none other than Danish Anders Kirk Johansen, the new man at the helm of Danish custom bike builder, Lauge Jensen and the automotive designer is Henry Fisker of BMW and Aston Martin fame. yes. the renowned automotive designer has his hands on designing his first motorcycle and the product of his creativity is quite a sight to behold. the Viking indicates the possible future direction for the bespoke Danish custom bike builder since Anders’ acquisition of Lauge Jansen in 2012. touted as the first motorcycle to be Euro IV compliant, the Viking sports a classic cruiser aesthetic with a flowing design that seamlessly linked the sculptured, organic fuel tank with the seat and the rear fender.

from the side, it sure looks like it was conceived out of a pen stroke. at the heart of this 660 lbs (299 kg) two-wheeler is a US-made 45-degree V-twin unit pumping out 100 horses, mated to a six-speed gearbox (five plus overdrive) that’s capable of making over 130 mph (210 km/h), while still achieving a fuel economy of 70 mpg. no specifics were offered with regards to the availability and pricing, but Lauge Jensen indicated that they will build the Viking-based bike at higher volumes, which they expect to come with a lower price tag than the company’s €43,800 Great Dane. 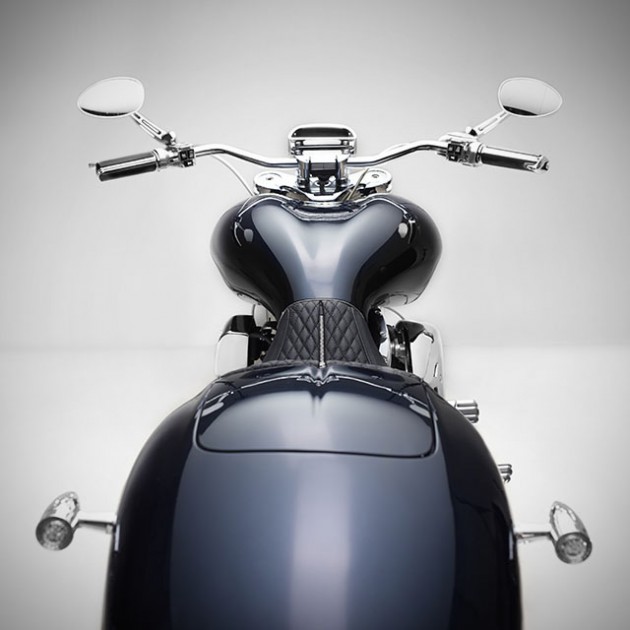 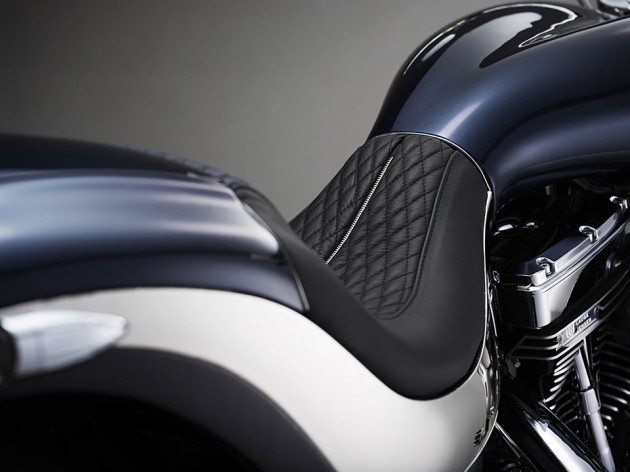 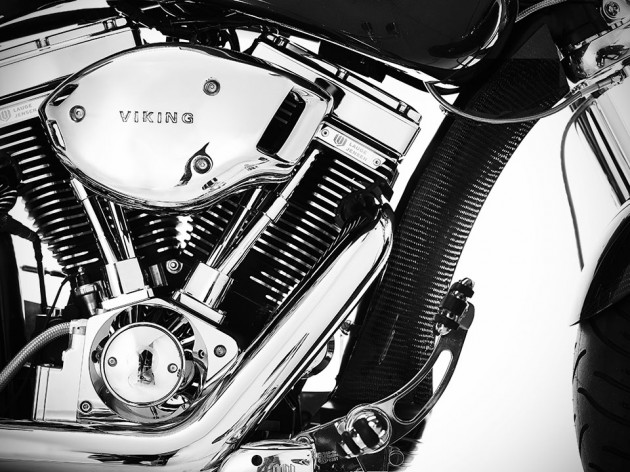