we are not sure about the quality of the 4K resolution when thrown to the wall by some LED diode, but it seems like Sony is quite a believer in such method of delivering ultra HD resolution. unveiled at the CES, the Sony 4K Ultra Short Throw Projector is the another show of the Japanese electronic giant’s R&D prowess. as the name implies, this not-so-little guy touts two thing that 4K lovers might buy into: first, it has a ridiculous short throw, which means you can put it as close to the wall as possible and not having to suffer from shadow issue of people walking past, and two, it has the ability to cast a 4K Ultra High Definition resolution image of up to 147 inches on any unused blank wall. 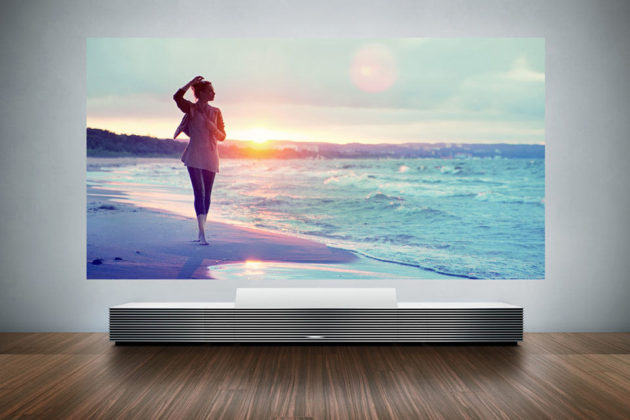 you know, we are apprehensive about this concept of delivering eye-popping resolution image by projection. not that we have doubt in Sony’s projection technology, but the resultant is often at the mercy of the quality of the wall. yes. for first time in your couch potato career, you might have worry about the texture or even cleanness of your wall for projection, unless you choose to install a projection screen, which will kind of ruin the look of the wall. regardless, it is happening and come summer, you might be enjoying up to 4,096 x 2,160/50p of images on your wall – if you have somewhere around the region of $30,000-$40,000 to drop.

what you get for 40 grand is a sleek console-like projector cabinet offering four HDMI inputs, a pair of speaker terminals, Ethernet connectivity, mini jack, USB port, 3D Format Support, RF 3D Transmitter, built-in speaker units. the display department gets a boost from Sony’s 4K X-Reality PRO and TRILUMINOS display with Motionflow technology. size-wise, the Sony 4K Ultra Short Throw Projector’s cabinet measures 23.6″ wide, 10.4″ tall and 21.1″ deep (600 x 265 x 535 mm). so if snag one, you did be saving yourself the hassle of a TV that weighs a ton and also gaining a console.

UPDATE [September 14, 2014] for Scrooge McDuckians who have $50,000 to dispose off and lives in and around New York metropolitan area, the Sony 4K Ultra Short Throw Projector is available to you now. that price tag was much higher then the initial projected numbers. super pricey, it is. 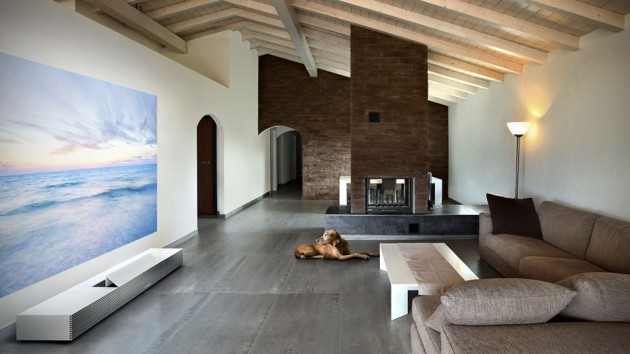