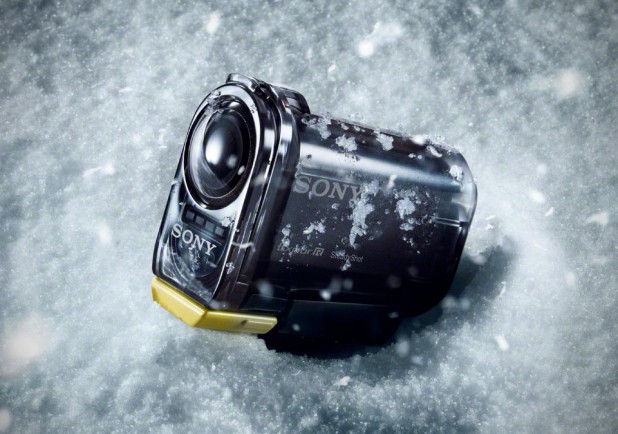 perhaps it is a response to the rapid growth of GoPro that Sony has decided that it is time to have their very own action cam and the Sony Action Cam is Sony’s first shot into the action cam territory. despite having a less than bombastic name, what lies under the hood is anything but. Sony has taken taken their expertise in video imaging and put them into an ultra-compact, wearable package that features a 16-megapixel Exmor R CMOS image sensor, an ultra-wide Carl Zeiss Tessar lens, SteadyShot image stabilization, duo modes of HD slow-motion, full HD 1080p video recording, Interval Still Recording for still imaging, simplified operation via large start/stop button, expandable storage with Memory Stick Micro and Micro SD/SDHC card slot, built-in stereo microphone, HDMI output, and it is Mac and PC compatible. befitting with its intended purpose, the Sony Action Cam comes with a ruggedized waterproof case with a universal tripod mount that keep your action cam safe down to 60 meters (197 feet) of water, resist shock from a drop from up to 1.5 meters (5 feet), and sealed it against dirt and dust. available in either the standard model (HDR-AS10) or one with built-in WiFi (HDR-AS15), the Sony Action Cam will be available from this month for $199.99 and $269.99, respectively. click through a few more look.