Lets face it. Watching movie on a smartphone, however big it is, is never a comfortable experience. You’d be missing out details that will otherwise be more visible on large screen like, for example, a TV. Of course, the bigger the TV it is, the better, but not everyone can afford a 120-inch juggernaut. Besides, you won’t be able to lug it around, so it kind makes watching off your smartphone the only option. Well, not if Sony MP-CD1 Mobile Projector can help it. Weighing mere 9.9 ounces (280g), this pocket-size compact mobile projector is capable of throwing a 120-inch size screen on any flat surface from a distance of 3.5 meters (11.5 feet). 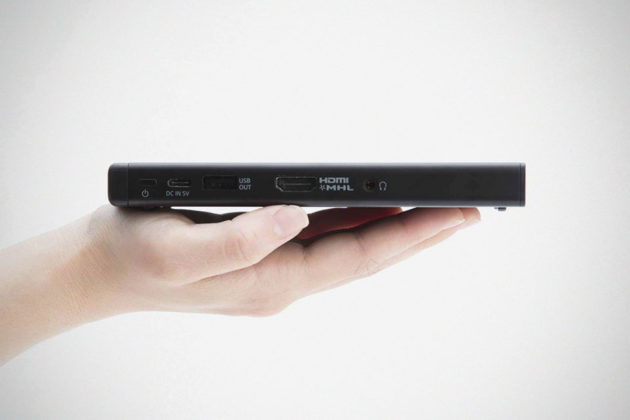 Thanks to the Texas Instruments DLP IntelliBright technology incorporated into it, it will spit out 105 ANSI lumens without draining the built-in 2-hour-runtime 5,000 mAh battery like a water pipe with a gaping hole. Employing a sleek aluminum body and whisper-quiet internal fan, heat is minimized while auto keystone ensures image thrown out is without distortion, even when projected from an angle or onto uneven surfaces. There is also dynamic picture mode built into it to ensure optimal brightness and saturation of the output image. 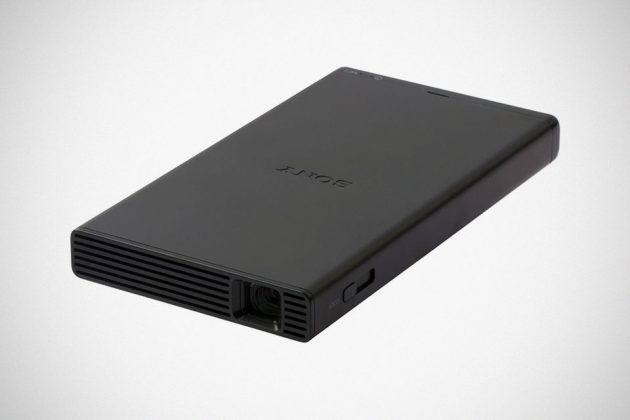 Other features include integrated tripod socket, quick five-second boot up time, HDMI/MHL input, standard audio jack for sound output, and USB-C port rated at 5V3A, with no proprietary AC adapter, that can be charged via any AC outlet or power bank. The Sony MP-CD1 Pocket-sized Mobile Projector will retail for $399.99 when it becomes available this spring. The price is kind of steep, IMHO, considering that it does not have built-in wireless connectivity and it lacks onboard speaker. Wireless connectivity can only happen with the use of an optional HDMI dongle. As a boon, the 5,000 mAh can also doubles as your emergency power bank for smartphone. 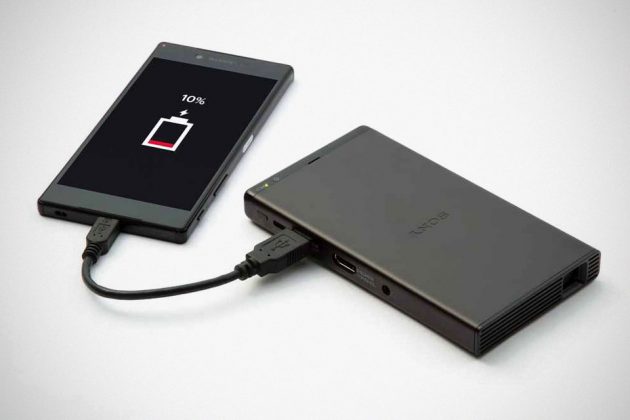 In any case, Sony may be putting itself onto a tough fight in market where similar projector with more affordable pricing is in abundance. Then again, while the device is marketed as a mobile projector for business presentations, gaming, outdoor events, or movie nights, its classy aesthetic was derived to appeal to business users. I mean, come on, people, how many consumers will plonk down 400 bucks for a mobile projector for leisure use? Hardly, me think.