What you see here is yet another LEGO Ideas success story. This one here is by one Jake Sadovich (AKA JakeSadovich77) of Idaho called, well, Ship in a Bottle. Originally submitted to LEGO Ideas back in late 2016, it had pulled in 10,000 votes to qualified it for a review by the LEGO Ideas team to have a shot at making it as an official set. And official set it is now and it will be hitting the shelves starting February 01, 2018 with a $69.99 sticker. 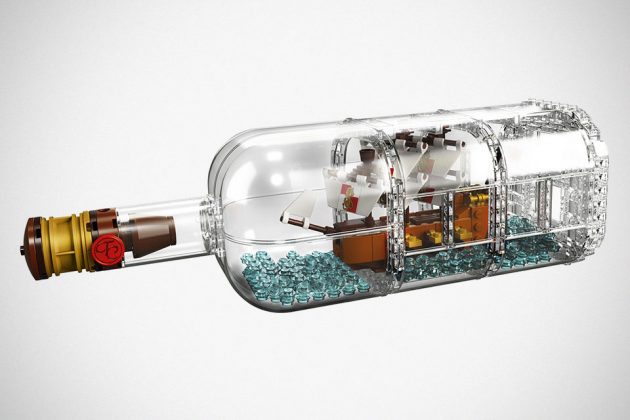 Designated 21313, Jake’s LEGO Ideas Ship in a Bottle has 962 pieces and features a highly detailed miniature ship inside a clear “glass bottle” complete with a “wax sealed” bottle stopper, just like some of the real-deal. And no. The ship in there is not the Black Pearl, unfortunately, and so, it won’t magically grow into a full size ship when dropped into the sea. It does however comes with a stand that mimics those classic wooden stands that are often crafted to display these intricate work of art. 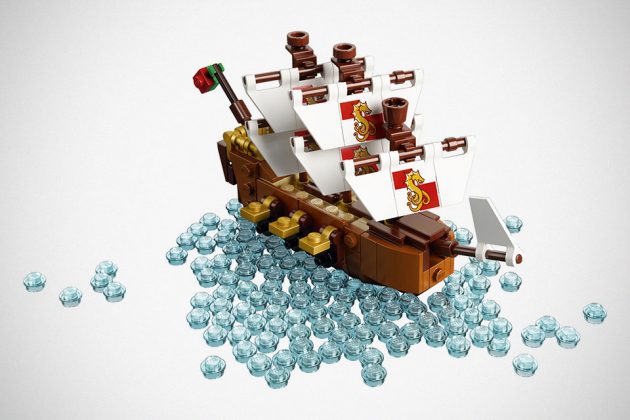 Also, you will need to build it up like any LEGO set. Thankfully, the skillful art of pulling a miniature ship upright inside a bottle like it is done on actual ship in a bottle is not required here. Words cannot express how impress we are by this set. But, really LEGO. Must your toys be this expensive, always? 70 bucks for a set with under 1,000 pieces is kind of pricey. 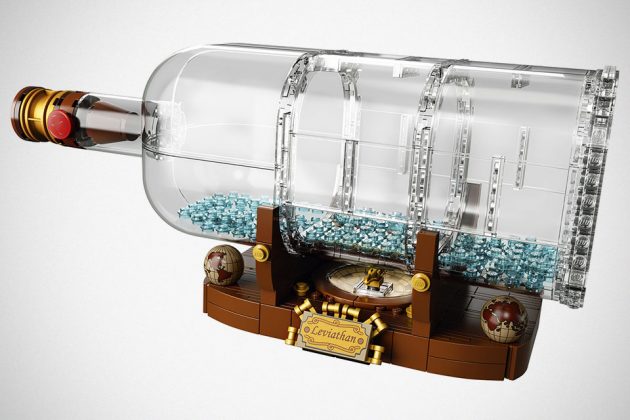 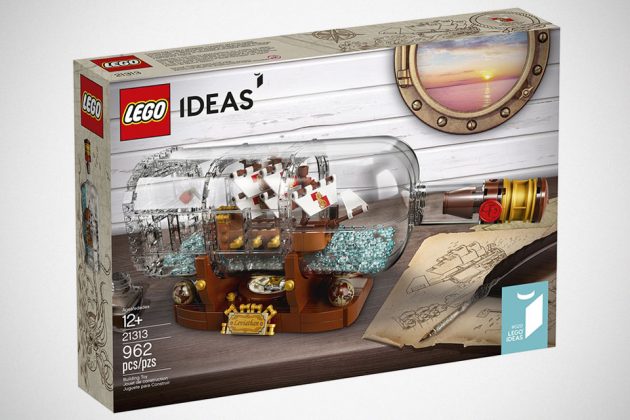 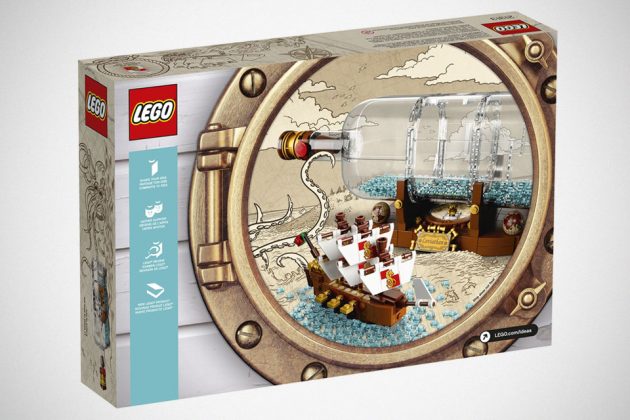