Razer has quite a bit to show at this year’s CES. In addition to the bold ambition of fusing Razer Phone to a laptop in Project Linda, it has also introduced an all-new desktop speaker for desktop computers, the world’s first battery-less wireless gaming mouse with charging mouse pad, and Chroma-enabled home through Philips Lighting. 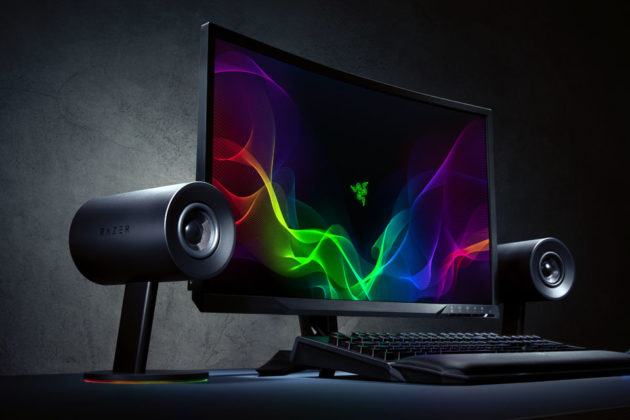 Sporting an attention-grabbing design, the Razer Nommo Speaker Line aims to deliver full-range audio immersion whether you are gaming, watching movies, or just listening to your favorite tunes, and it comprises of two models: The Nommo Pro and Nommo. The former will make gaming and movies come alive with a THX Certified 2.1 speakers system, Dolby Virtual Speaker and independent tweeters, while the latter is an affordable alternative that also promised balanced, full-range sound. 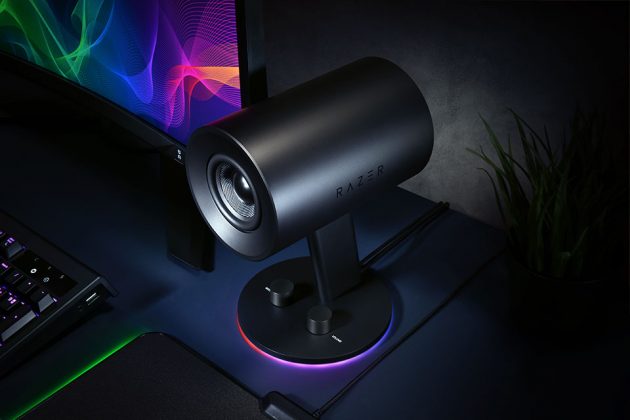 Whichever model you opt for, you can expect to be treated to accurate positional audio using true left and right stereo imaging that will let you know where exactly sounds are coming from so you can response accurately. The Pro model features two 0.8-inch silk-woven dome tweeters, a pair of 3-inch full-range Dupont Kevlar-coated drivers, a 6-inch cylindrical downward-firing subwoofer, user settable EQ via Razer Synapse 3 (beta) and dedicated Nommo Pro mobile app, Razer Chroma-enabled, a range of inputs including USB port, optical input, Bluetooth technology and 3.5 mm audio jack, and a control pod that puts volume, source selection and a headphone jack within your arm’s reach.

The non-pro model, on the other hand, is presented without a sub as a 2.0 system and hence, it is significantly more affordable than the Pro model. It is basically a strip down version of the Pro, featuring two 3-inch custom-woven glass fiber drivers, elongated rear-firing bass ports, bass control with Automatic Gain Control, settable EQ and a lone 3.5 mm connectivity. In between the two, there’s actually another model called Nommo Chroma. Nommo Chroma is everything the Nommo is but gets a boost in audio reproduction and visual spectacle through built-in DAC and Razer Chroma, and it has an additional input by the way of a USB port. 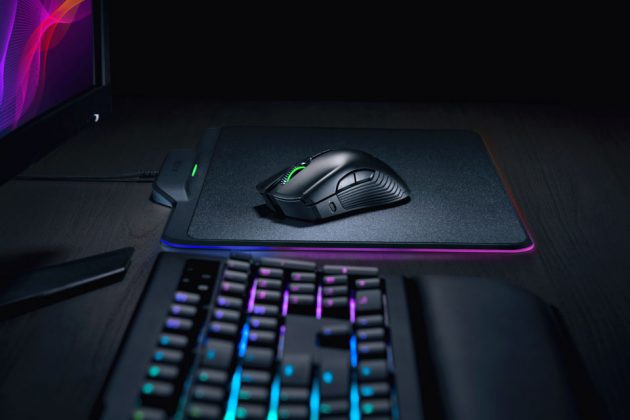 Wireless mouse is cool. It frees you from binding cord, but it is no fun charging it. But that is until now. Folks, meet the Razer Mamba HyperFlux and Razer Firefly HyperFlux Power Mat, the world’s first battery-less wireless gaming mouse. Yep, you heard that right. A battery-free mouse. It makes you wonder why no one thought about it before? I mean, a mouse needs to be on a mouse pad and so why not make it battery-free and let the mouse pad doubles as a continuous source of power supply, wirelessly? Well, that’s exactly what Razer did.

Anyways, without the burden of battery, Razer Mamba HyperFlux is as lightweight as a wired mouse. Though I am not entirely sure weight of the mouse is a critical factor in gaming. Anywho, the real draw here is not needing to charge the mouse or swap batteries. And that’s a win in our books. Wireless charging mouse isn’t new, btw, but to do it without a battery onboard is what makes the Razer HyperFlux technology world’s first. A couple of other features of the mouse include Razer’s proprietary Adaptive Frequency Technology and 16,000 dots-per-inch 5G optical sensor.

The mouse pad, on the other hand, boasts a dual-sided hard and cloth surface to afford flexible play styles and of course, HyperFlux technology that continuously feed the mouse with power. Finally, both devices is powered by Razer Chroma lighting technology, opening to user a palette of 16.8 millions color to spruce up the peripherals with customizable lighting profiles and in-game effects. The Razer Mamba HyperFlux and Razer Firefly HyperFlux Power Mat combo is expected to be available in Q1 2018 with an asking price of $249.99. 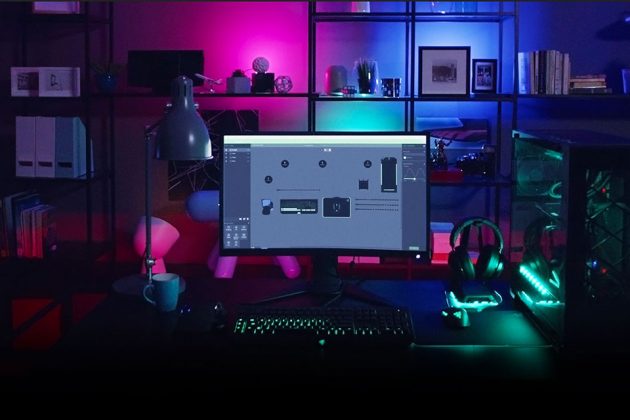 Last year, Razer unveiled Project Ariana, a projector that will cast your gaming environment onto the room walls to create an immersive gaming experience like no other. While the status of Project Ariana is unknown, Razer never gave up in bringing Chroma into your room and the gaming lifestyle company is doing it via Philips Lighting’s Philips Hue Entertainment. By integrating Philips Hue Entertainment API and tools with the Razer Chroma lighting ecosystem, you will be able to sync your Philips Hue color-capable smart lighting with your Razer Chroma-enabled devices, such as laptops, keyboards, mice et cetera, and see the lighting effects come to live in your room.

Basically, this will replicate what Project Ariana intends to do but with just series of colors instead of casting the actual game environment onto the walls. Here are the details:

“Razer Chroma-enabled devices, including gaming laptops, peripherals and accessories, will light up in parallel to the synced Philips Hue lights. From battle scenes and character selection to magical conquests, the new functionality creates a lighting experience that goes beyond the screen.”

To enable the experience, you will need a Philips Hue V2 bridge and of course, Philips Hue color-capable lights and installed with the latest Philips Hue app. After which, all you have to do is to add the Philips Hue functionality via the Raze Synapse 3 software. So, there you have it. Your Chroma-for-your-room fix until Project Ariana becomes a reality.