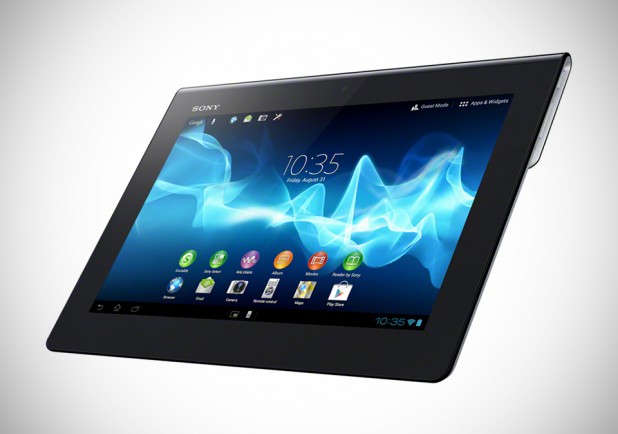 if you love to use your tablet for almost anything related to your life, then Sony’s new Xperia Tablet S is the tablet of choice. use it to as a universal remote with its built-in universal remote functionality when watching TV programs on your Sony HDTV or use it to check out gourmet recipes in the kitchen without fear of accidental spillage on cos’ this new baby is totally splash proof. powered by Google’s Android 4.0.3 Ice Cream Sandwich, the new Xperia Tablet S is equipped with a NVIDIA Tegra 3 quad-core processor, backed by 1GB of RAM. other key features include a 9.4″ IPS multitouch display with 1,280 x 800 resolution, up to 64GB of storage, a 8.0-megapixel HD rear-facing shooter, a 1.0-megapixel HD web camera, a huge 6,000 mAh battery for up to 10 hours of web surfing or 12 hours of video playback, Sony’s ClearAudio+ signal processing technology and a host of I/Os and connectivity options including Bluetooth 3.0, WiFi, optional 3G connectivity, multi port, SD card slot, built-in microphone, headphone jack, and stereo speakers. of course, there are also the usual sensors that include ambient light sensor, gyroscope, digital compass, accelerometer, as well as GPS. the new Sony Xperia Tablet S comes in three capacities: 16GB, 32GB, 64GB and is available in WiFi-only or WiFi + 3G model. available now with a sticker of $399 for the 16GB model, $499 for the 32GB model and $599 for the 64GB model. take a few more look in the gallery after the break.