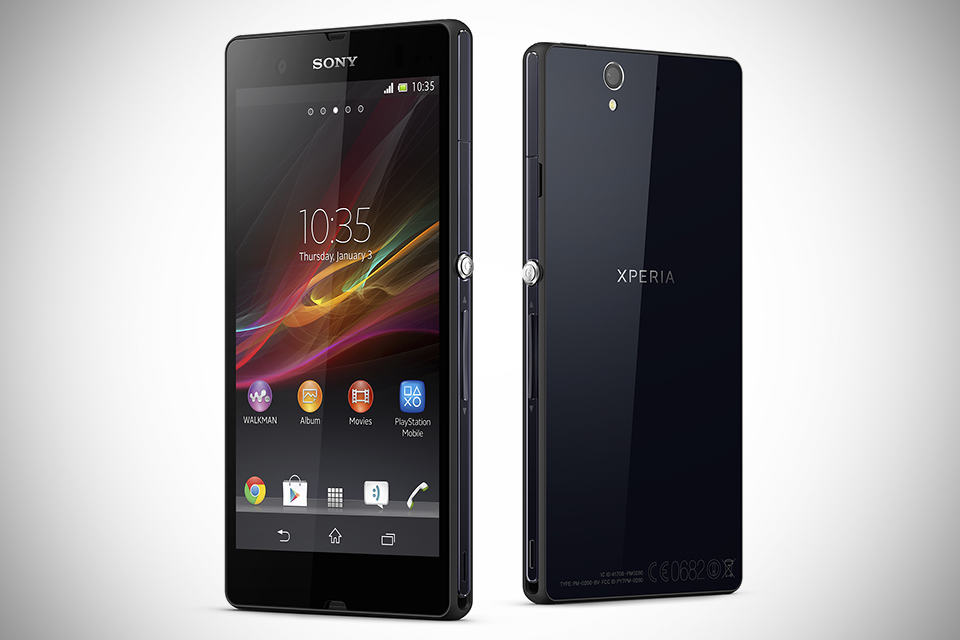 it looks like major handset makers cannot wait till Mobile World Congress 2013, happening next month at Barcelona to showoff their new smartphones. Sony, the Japan electronics giant, is no exception. it has announced their flagship smartphone, the Sony Xperia Z Smartphone, at the 2013 International CES (January 8-11, 2013). dubbed as a superphone, the Xperia Z is kind of like the best of everything Sony’s got, packed into a 5-inch class handset. yes. you heard that right. it is Sony candidate for a piece of the large screen smartphone pie. the phone is equipped with a 5.0-inch full HD 1080p Reality Display with Mobile BRAVIA Engine 2 and is driven by the current hot favorite system-on-chip (SoC) processor, the Qualcomm Snapdragon S4 Pro 1.5GHz quad-core processor (APQ8064) with Adreno 320 GPU. design forms a large part of Sony’s products and naturally, the Xperia Z is no difference. it boasts a precision engineered body crafted from premium materials with a unique OmniBalance design that features subtle round edges and smooth reflective surfaces along all sides. as far as built goes, the Z is blessed with tempered glass and anti-shatter film on both the front and back and the handset is rated IP55 and IP57 for dust- and water resistance.

other features include 4G LTE-capable, 16GB of internal storage – expandable up to 32GB via the built-in microSD card slot, a 13.0-megapixel fast-capture BSI camera with Exmor RS for mobile image processing engine, image sensor with HDR for video for smartphones, a 2.2-megapixel front-facing cam, plus the usual suite of sensors and connectivities (including NFC) that any good smartphones will have. the Z also touted a fairly large capacity battery – a 2,330 mAh item – that offers 22.1 days and 14 hours of standby and talk time, respectively. also included with the Z are Walkman, Album and Movies app, access to Music Unlimited and Facebook integration. the Sony Xperia Z Smartphone is set to launch globally this quarter (though no specific were given) with an yet to be confirmed pricing (likely Telco-binding) and it will be launch with Android 4.1 Jelly Bean with upgraded to 4.2 promised to be “shortly after the launch.” check out a product video, along with more imageries of this beautiful smartphone after the break.

NOW READ  Realme GT2 Pro Revealed With A Back Cover Made Out Of Paper, Well, Kind Of