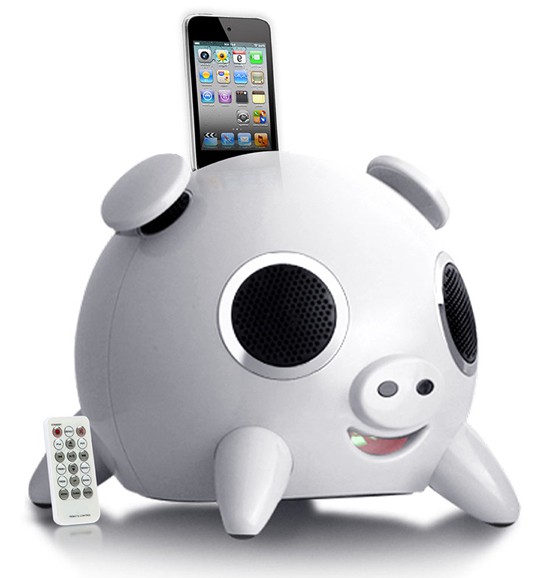 among the sea of sound docks in the market that looks pretty serious, there are some like the Speakal iHog that offers a touch of cuteness. conjuring up iDocks with adorable appeal is not new to the California-base Speakal, having previously launched iPig, iPanda, iBoo and the likes. when Speakal wants to built something bigger based on the hugely successful iPig, naturally, they call it iHog. based on the iPig but larger in physical size, the iHog sports a few tweaks and of course, a slight upped in power output, thanks to its five drivers, including two tweeters and two sound diffusers, plus a down-firing subwoofer that give it an additional 20-watt of low-frequency thumping sound. also onboard is what Speakal dubbed as “super amplification stereo system”, resulting in a 28-watt of output.
[ad#Google Adsense-text-468×60]

powering the device is a built-in rechargeable lithium battery that is said to offer up to five hours of continuous play. another nifty feature known as Humanized Touch Volume Controls, allows users to volume up or down just by pushing the hog’s ears, or pushes its head to skip tracks, pause, or stop. though, a remote control is also included as an alternative mode of control. other features include adjustable bass and treble, bass reflex technology, optimized airflow for improved sound performance, and a 3.5-mm auxiliary audio jack for hooking to your TV, gaming consoles, or other media devices. the iHog is available now for an introductory price of $119.99 and comes in either pink or white with more colors coming soon. 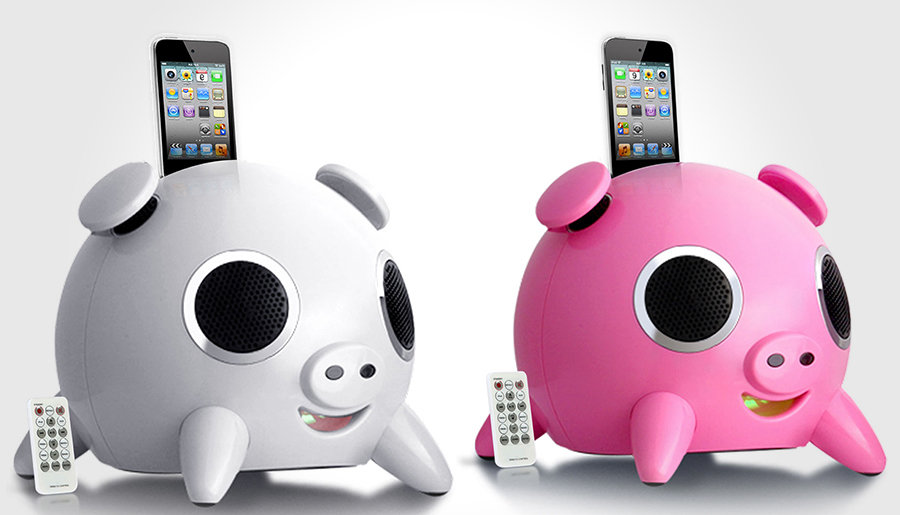 Thanks to Karen for the hat tip!