Death Star is arguably one of the most iconic, if not the most iconic, object from the original Star Wars trilogy and naturally, it gets turn into a variety of merchandise. The Star Wars Death Star Dome Tent you see here may not be as convincing the Bluetooth speaker incarnation, it is, however, true to its original use, as a space station. Granted, it is not moon-sized, but it can still accommodate three grown-men comfortable and more forgiving than the steel-made variety because it is obviously not made of steel or of whatever galactic ferrous materials, and thus, it is easy to bring along if you want to camp beneath the giant-ass trees and among the bushes on Endor. 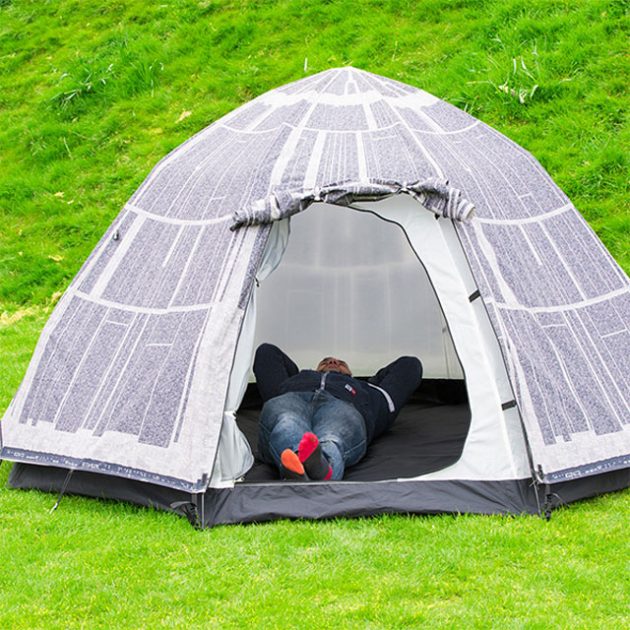 Though the Ewoks may not very friendly to you if they see you holding up in a tent that resembles the planet obliterating space station. But hey, at least it is easy to build – thanks to fast click assembly frame system, not unlike the real-deal which takes god knows how many light years to construct. The best part is, you can sleep soundly within and not worrying about any sort of achilles heel because it has not ventilation shafts. Brilliant. Though we can’t say the same if Mr and Mrs Bear decides to check you out. Just saying… The Star Wars Death Star Dome Tent is an officially-licensed merchandise and a ThinkGeek exclusive which you can acquire from, well, ThinkGeek for 2 million galactic credits. Just kidding. You can get it for $249.99 of the real world money.