Steampunk stories often depicts folks in Victorian-era getups which I never got to understanding why is it so. Modern day movie adaption of Julie Verne’s Around the World in 80 Days (Walt Disney Pictures, 2004)) directed by Frank Coraci is a good example. It was all about three-piece suits, corsets, hoops and petticoats made skirts with crinoline, and oh, lacy umbrellas for good measure. But really, wouldn’t you think that the fictional steampunk era should have getups that are, well, more steampunk-ish? I don’t know how that will turn out, or how those fashion should look like. I don’t even know how a steampunk tuxedo would look like, but now I may have some ideas what ladies might be wearing in the Victoria-ish steampunk-era and it may be something like this: 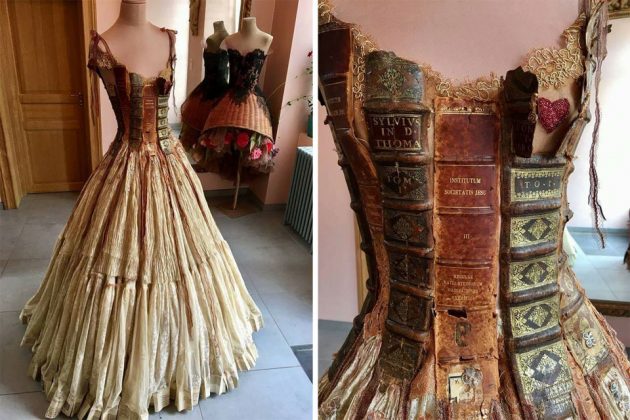 Little is known about this particular dress/costume which is reportedly created by French designer Sylvie Facon. Armed with zero knowledge of French, I tried to look up the dress on Facon’s website but turned up empty handed. So, I just have to take our source’s words for it. Having said that, little is known about this dress. All we have are some pretty dope images. Then again, those images pretty much speak for themselves. From the images, it appears that the corset top is made entirely out of spines of some really, really old books, overlaid on a regular, but no less steampunk-ish dress. While book spines are clearly not of copper elements, but they definitely has the steampunk vibe to it.

It is an impressive creation. We love how the torn book spine managed to leave part of the left breast area exposed and how it was covered up with a lovely heart motif. If there is a steampunk version of the Cinderella story, then Der Cindy should totally wear this to the ball, so she could attract the attention of her steam charming, no, wait. I meant to say Prince Charming… 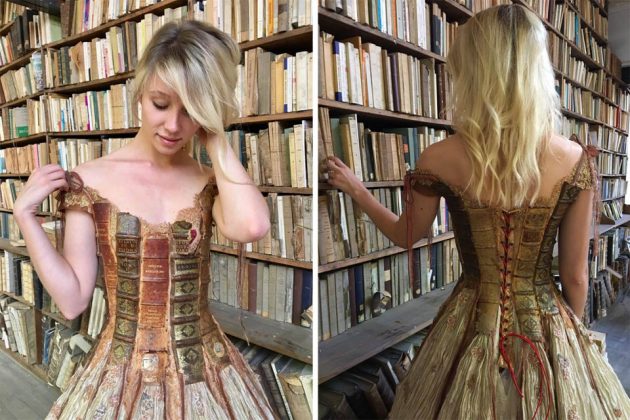 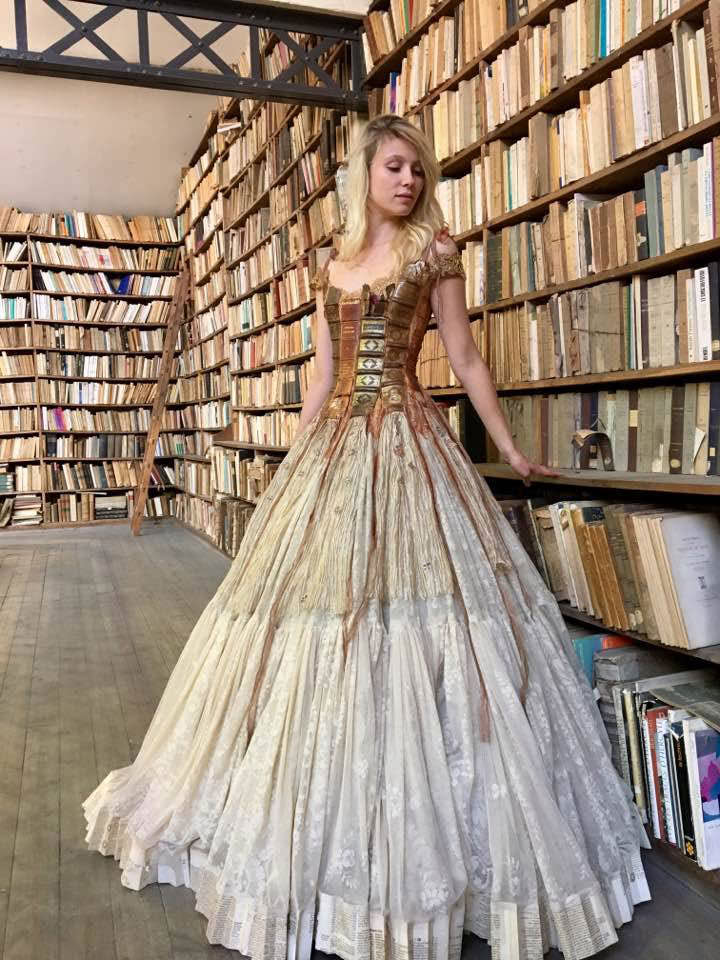