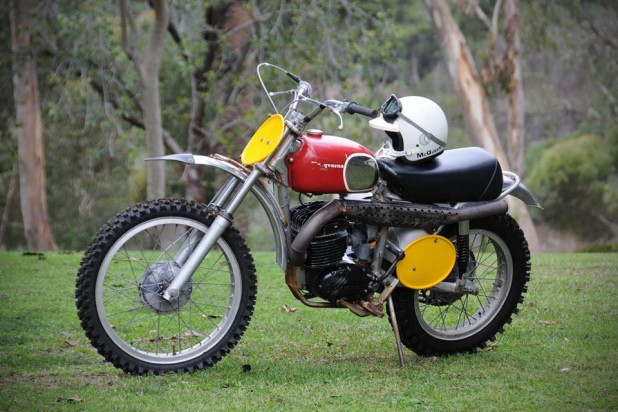 whether you are a huge fan of Steve McQueen or simply has the penchant for kick-ass two-wheel rides, you wouldn’t want to miss out this sweet ride once own and ridden by the King of Cool himself, the 1970 Husqvarna 400 Cross. star-owned track record aside, this particular example here was also a star of its own right, having graced the Sports Illustrated and On Any Sunday, a feature documentary directed by Bruce Brown, alongside with his then owner, silver screen icon Steve McQueen. assuming you have loads of spare change stashed in some tin cans up in your attic (or basement), then you can have a shot in owning the legendary actor’s 1970 Husqvarna 400 Cross when it is put up on the auction block by Bonhams at the Bally’s Hotel & Casino in Las Vegas on the January 10, 2013. according to Bonhams, the sale of this bike will be accompanied by “an exhaustive quantity of documents supporting its provenance and authenticity.” therefore, you know you will be getting the real deal machine that has seen better days than sitting in a museum. though, riding this classic dirt bike like it was ridden in its heyday is probably not recommended. so if you are already drooling over it, then get ready your check book (or tin cans) and start making your arrangements to be at Vegas in January 2013. as for us, we will not be joining you cos’ we are obviously lacking of the dough necessary to take a day-worth of flight, much less being able to afford to rise our hands. oh, for the record, a 1971 version of McQueen’s Husky was sold in 2011 for a cool $144,500. another look at this classic after the break or scroll down further for a trailer of the documentary On Any Sunday. 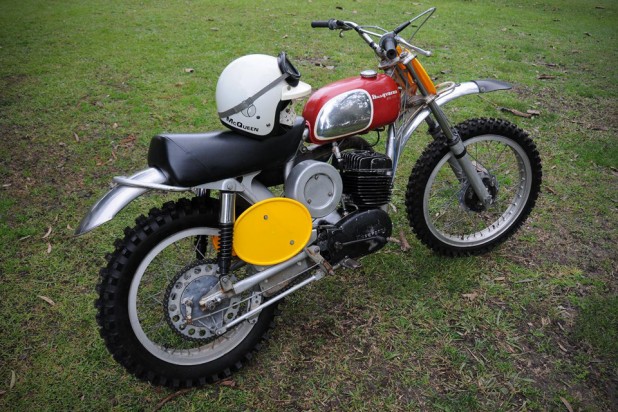 Bonhams via Husky Restorations via Extravaganzi