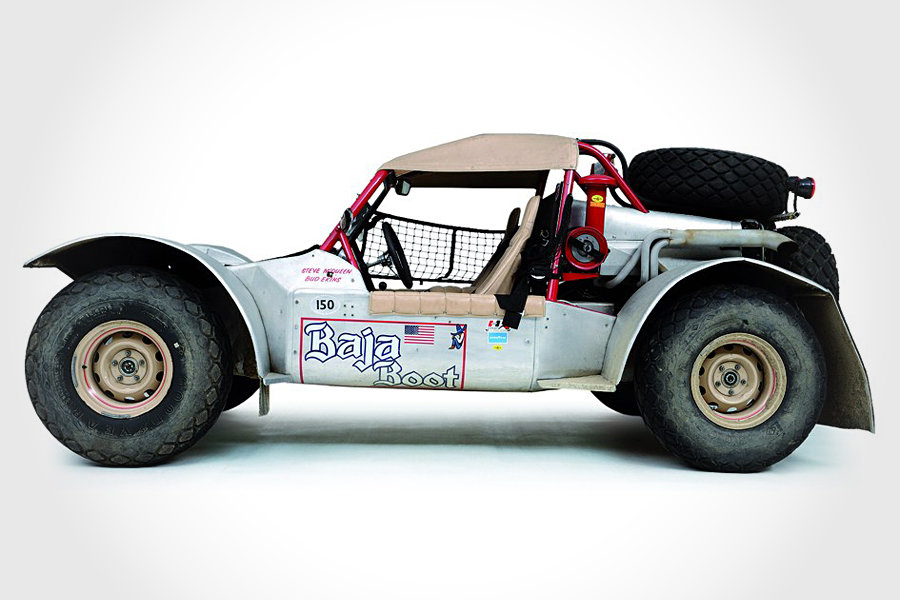 fans of Steve McQueen will be disappointed cos’ this beautiful Baja Boot Buggy, once own by actor and motor enthusiast Steve McQueen, is not for sale but at least it didn’t end up in some junkyards. hailed as “the most innovative off-road racers ever built”, it is now part of the collection of the Dutch National Motor Museum, so if you happen to visit this must-go museum for any motoring enthusiast, you will be able to see more than just the side profile (as posted here). the car was developed by General Motors when approached by McQueen to build a vehicle that can perform over rough terrain dished out by the demanding Baja races. it features a special tubular chassis, designed and built by NASA space experts and is powered by a Chevrolet V8. the buggy is affectionately known as ‘Baja Boot‘ and was piloted by McQueen in the Baja races between 1967 and 1975. we just love how it looks and seeing it makes us want to buy a Baja – a scaled radio control model version – again. it is unfortunate that we couldn’t get hold of more images. anyway, head on down to the official website of Louwman Museum and check out their impressive list of vehicles they have curated. you know, it might just spur you to visit Netherlands.

NOW READ  9 Tips For Starting An Online Business While Traveling

Louwman Museum via The Fancy