VR gamers who love FPS, AKA first-person shooter, probably lament about how unrealistic VR weapons are and they’d be right because the so-called ‘weapons’ are way too lightweight to be realistic and the lack of realistic recoil doesn’t help much either. If you think the lack of realism inhibits immersion, well, help is here and it is called Striker VR Arena Infinity. Touting to possess “virtual recoil,” this hyper futuristic VR weapon not only addressed the weight and recoil issues with a meaty weight and realistic recoil, but it also boasts a realistic assault rifle-like form that appears to have taken inspiration from bullpup multirole combat rifles. 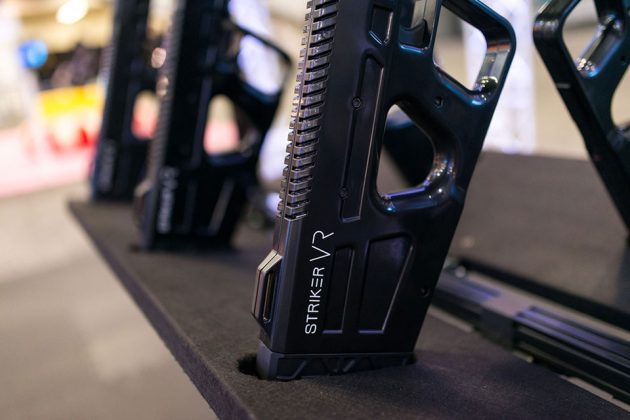 Right of the bat, I am drawn to it, for obvious reasons which I need not detailing. Apart from weight and recoil, it also touts a few other touches that make it super realistic and these touches include a standard picatinny rail for accessories or alternative tracking, ergonomically designed diamond plate grip, reinforced rubber muzzle, ergonomically designed stock, and a drop-tested rugged polycarbonate housing.

A few other notable details include a proprietary virtual recoil with fully adjustable haptic, color programmable RGB LED Halo (arguably one of the elements that makes it ‘futuristic’), micro USB port for firmware updates and accessory connection, dual 40mm touchpads with push button and customizable functionality, an easy pull and “consistence use” trigger, L/R secondary buttons programmable for secondary functions, and a base button for reload (but also programable for other common functions).

The Arena Infinity is powered by a 1,050 mAh lithium-polymer battery pack which provides up to 3 hours of standard play, or 1.5 hours continuous play, per 30-minute charge. At this point, everything from the aesthetic to the features, Striker VR Arena Infinity does indeed beckon one to pull out the wallet to secure one right away, but before you do that, you have to know that it does not come cheap. And when I said “does not come cheap,” we do really mean that it cost $2,800. Yes. Two thousand eight hundred dollars. Ouch! Hefty, no doubt, and also obviously, everyday consumers are not in Striker VR’s crosshair.

$2,800, btw, is for the Arena Infinity bundle, which includes two battery packs, an Infinity WiFi base, and a dual battery packs charging station. So, you see where this is going now? It is gunning for businesses, like VR arcades, but hey, if your middle name is filthy rich, nobody is going to stop you from picking one up. Speaking of which, the book for Striker VR Arena Infinity Advanced Force Feedback VR Gun is now open and so, if you are so incline, you can pre-order it as we speak. Preorders will be fulfilled sometime in Q3 this year. 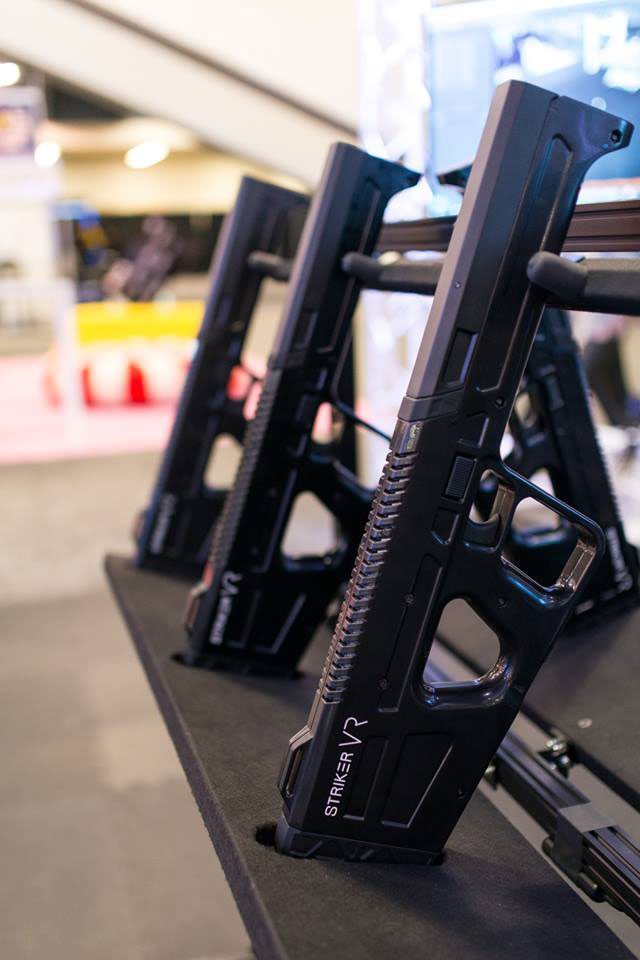