It is a gadget galore today for Amazon. The online retail giant has announced a slew of new products that will further imprints Echo in your life, right down to your automobile. Among the gadgets announced are Echo Sub (yes, it is a subwoofer!), Echo Link, Echo Link Amp, Echo Input, Echo Wall Clock (yup, even wall clock isn’t spared either), an all-new Echo Dot, all-new Echo Plus, all-new Echo Show and finally, there’s the Echo Auto, that puts the power of Alexa inside the car. 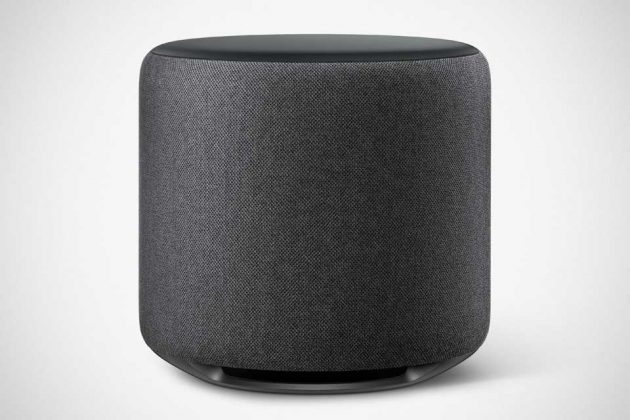 Those are not it, the Seattle-based online retailer also announced a new Fire TV Recast, a DVR that lets you watch and record Live Over-the-Air TV at home and on your mobile devices. And then there are two new smart home devices, namely AmazonBasics Microwave and Amazon Smart Plug. That’s right. Amazon now also has a microwave too. Man, seriously. Is this company trying to every part of our lives? Anyways, there are a lot to take in here and so, instead of regurgitating what the official press texts have already laid out, we will do a rundown of all the devices. So, here goes…

New Echo devices include:
• All-new Echo Dot: The easiest way to bring Alexa into your home, now with a new speaker for louder and crisper sound, an updated fabric design, and still only $49.99
• All-new Echo Plus: A simple way to start your smart home with a built-in Zigbee hub, plus an upgraded speaker and a new design, and still only $149.99
• All-new Echo Show: An all-new design, upgraded speaker, a stunning 10-inch HD display, and a built-in smart home hub, plus all the glanceable features customers love about Alexa for $229.99.
• Echo Auto: Bring the power of Alexa to your car, now available by invitation ($24.99)

Before we go, some words on the Fire TV Recast in case you are interested. It is available for pre-order stateside starting today with shipping slated to happen beginning November 14. Two models are being offered here: a 2-tuner model with 500 GB storage that affords up to 2 shows to be recorded at once and stores up to 75 hours of HD programming, and a 4-tuner model that has a whopping 1 TB storage for recording up to 4 shows simultaneously and holds up to 150 hours of HD programming.

It is not quite affordable though with the 2-tuner model asking for $229.99 and the 4-tuner model, $279.99. But as boon, it does not require any additional monthly charges or subscription fees. What’s more. Amazon said soon you will be able to further expand the built-in storage by hooking Fire TV Recast to an external hard drive via the USB port.

All images courtesy of Amazon.