Not everyone has the means to buy a real tank. Even if you can afford one non-commissioned example, you can’t drive it to anywhere else. But you sure buy this TANK which you can drive it anywhere there is solid ground. And no, we did not post the wrong image; that thing there IS A TANK, or at least that is what independent automobile maker Rezvani Motors is calling it anyways. It is not a tank, tank, but it is what its creator called a Tactical Urban Vehicle, an extreme utility vehicle “built for any off-road and on-road challenge.” 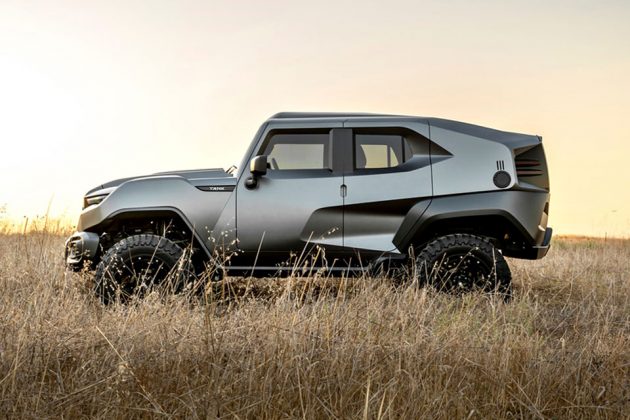 I am not sure why or in what sort of situation one will need to be tactical, but hey, it looks good, isn’t it? I think having the desire to own the TANK Extreme Utility Vehicle is akin to the desire to wrap your minivan in avant-garde camouflage, in pink shades. Meaning, it serves no practical purpose, but still want it because, it looks cool. That’s not to say the TANK is a slouch. It is not. Beneath its rugged and sleek exterior is a pretty angry 6.4L V8 kicking out 500 ponies and there is, of course, an on-demand four-by-four for times when you decide not to conform to roads. 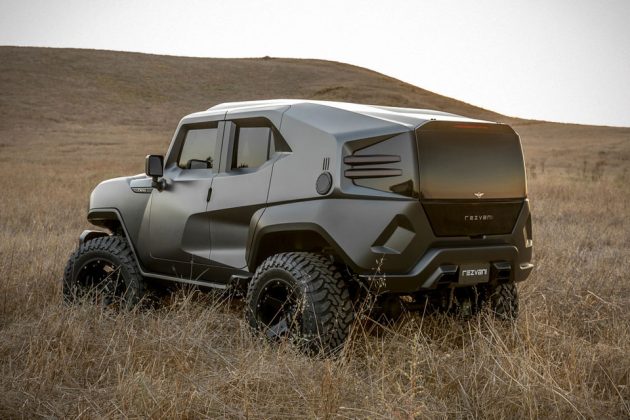 Good for getting away from bad guys in black Audi S8s, btw. So what if those guys have Quattro? They ain’t have the ground clearance this is urban beast has. If those aren’t enough, you can always pick up the optional thermal night vision systems to have an edge during low light getaway, or optional ballistic armor protection to keep you and your occupant safe from small arms, or charging by very angry bison, I think. Knobby tires comes as standard, as are “top-of-the-line” off-road suspension. If you want to look even better, there is an option for T6061 Aircraft forged aluminum custom design wheels ready for your taking. 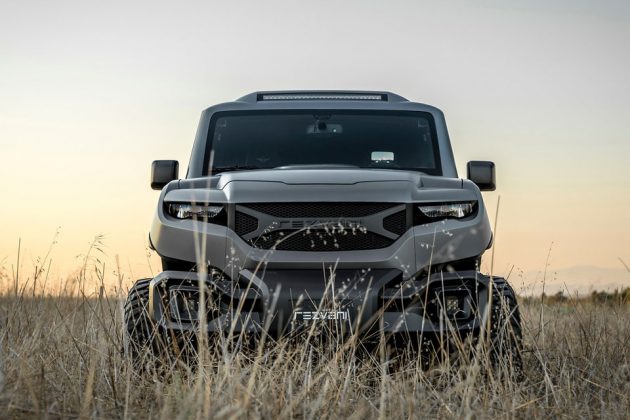 Other features include powered rear-opening doors for effortless ingress and egress, ergonomic seats designed with comfort in mind, integrated high-intensity auxiliary lights enough lit up the darkest night, and oh apparently, it has got a pretty sick head-up display that not only spits out essential vehicle parameters like speed, fuel level, et cetera on the windshield, but also displays incoming calls, texts, calendar notifications, navigation info and the speed limit of the road you are on.

Like I said, I am not sure what’s the purpose of being tactical in a peaceful, urban environment, but if you have at least $178,000 to drop, it could be yours. Nobody will question anything. It will be a head-turner anyways, so it could be money well spent. I think. Video after the break, if you want a closer look at this thing. 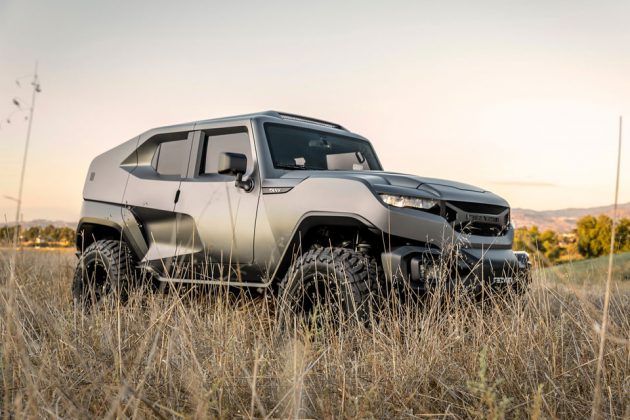 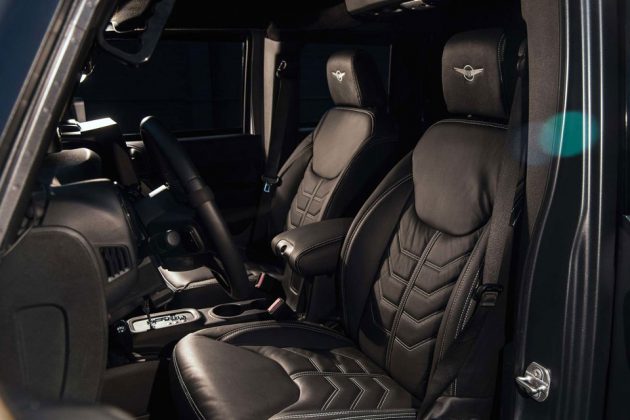 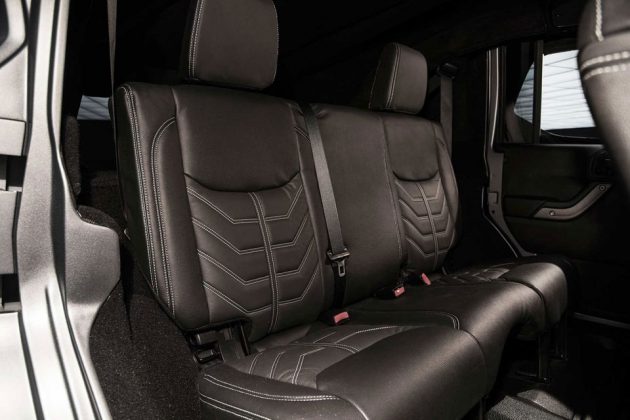