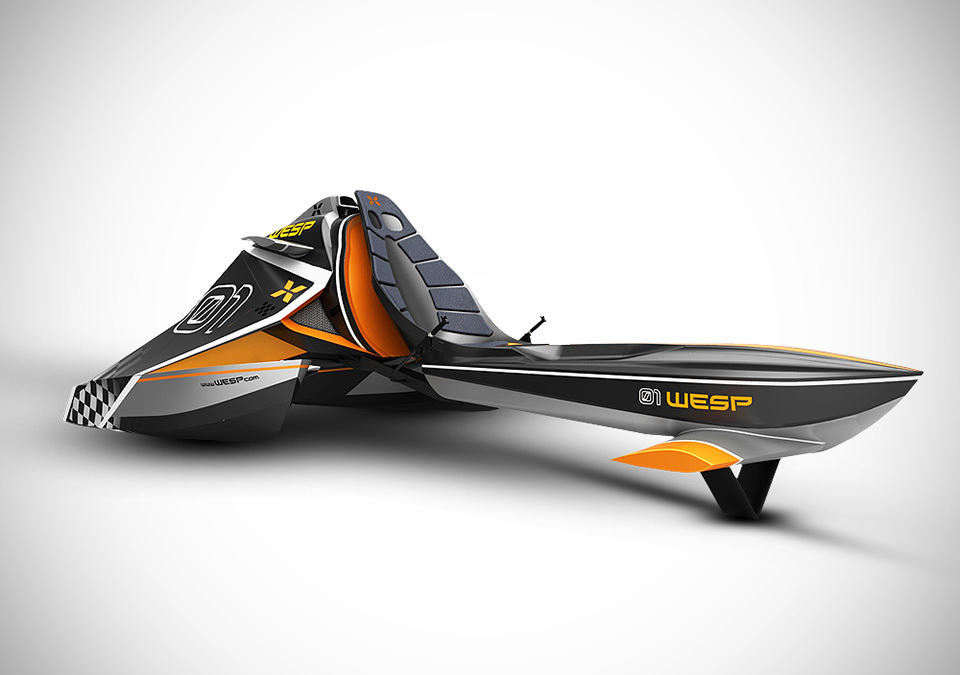 Formula 1 is the epitome of a lot things – from fantastic marketing campaigns to the adrenalin rush of the sport itself to the fame and fortune that the race car drivers achieved but if you put those aside, Formula 1 drivers and its crew are constantly putting their lives in the line of fire. however, being an adrenalin junkie who has no benefit of the glitz and glamor or huge monetary return to speak about, means you really need not put yourself in harms way like the Formula 1 stars do. speaking of which, you could probably get the similar thrill on the water – that’s if the WESP becomes a reality. the WESP inventor and designer, Pieter Myny and Daniel Bailey, have billed their beautiful creation as the ‘Formula 1 on water’ and it certainly sounds like one too (check out the video after the break and you will know what we are talking about). this futuristic-looking (at least, on its render) watercraft is built for both gentle cruising, as well as high speed racing. the craft comprises of two separate sections: the fore and the aft, linked together via revolving hinges. the aft is where the 110 horsepower marine engine is, while the front is the pilot’s throne in a lay back style, similar to those of the Formula 1 race car. there’s no steering wheel, instead, the watercraft uses body motion steering system to maneuver, much like how one would steer a skateboard and that’s leaning from side to side. at this point, it sounds like a superb idea if the craft is merely at its cruising speed but we are not so sure how it would work out at high speed. regardless, we are still excited about this concept and certainly hope it will become a reality. check out a few more renders and a short clip of the prototype WESP on the water after the break.