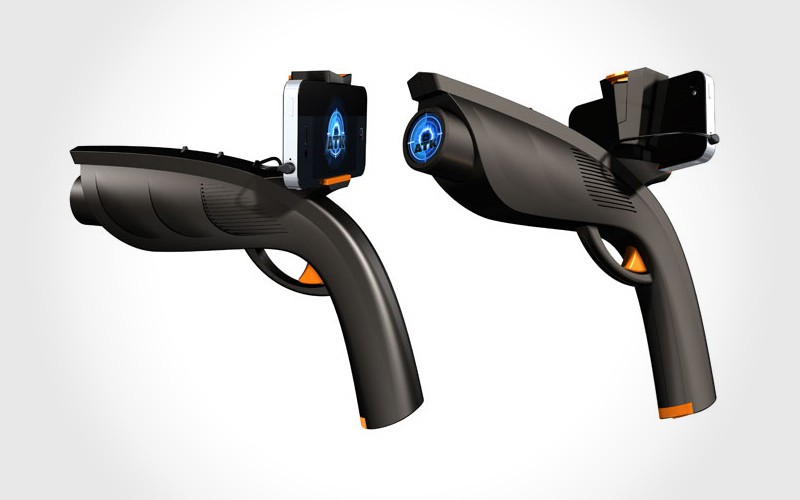 the prospect of using a game gun attachment to shoot at augmented reality targets with your smartphone is certainly enticing but what if we could do the virtual shooting at each other instead? that’s what the XAPPR gun is offering: a chance to relive your childhood Lazer Tag game with a smartphone twist and the best part is, you can loose the cumbersome vest for good. the concept behind XAPPR Gun attachment for your smartphone isn’t new but yet we are drawn to it because of two things: first, it supports player-to-player shoot out through a game called ATK and second, it has a more attractive design in the form of a handgun. noting the two pluses, it is easy to forget its other capabilities like the support for motion controlled shooter and augmented reality games, making them more interactive and realistic. i am sure you can comprehend why; just compare waving your smartphone trying to get your aim and a pistol-like attachment. obviously the latter is the preferred (and cooler) choice and besides, such wonder toy for your smartphone cost just $29.99 each. there’s no reason not to love it. doesn’t it? hit the jump for larger images.