with part of the PR text headline that goes something like “So BIG, It’s Almost Inappropriate”, TiVo’d be right, especially when this insane 24TB storage capacity DVR, aptly named TiVo Mega, cost a cool 5 grand. truly a DVR heavy weight in terms of both price and bytes. whether anyone actually needs a DVR that could store over 26,000 hours of TV, or by TiVo’s own calculations, works out to be three years of TV programs, remains to be seen. in any case, it is here and it can be yours to own come Q1 of 2015. so what do you get for around $5,000? for starter, it has the said 24 terabytes of storage in a RAID 5 arrangement with hot swappable drives, so you will have peace of mind your recordings are in safe hands, plus it offers six channels of simultaneous recording, built-in transcoding, multi-room capability and live streaming to your smartphones or tablets.

however, the “over 26,000 hours” is calculated based on Standard Definition resolution programs. so, if you are in favor of HD contents, like most folks do today, you are looking at “only” 4,000 hours, or roughly five months of recording. five months is surely not as enticing as three years, but it will definitely delay your dilemma of what to delete to make way for the new. however, first, you will need to fill up the storage, which obviously will take quite a while. the whole idea is, to eliminate or at least delay the need for people “to delete cool stuff from their DVR before they want to” and subsequently, finding a TV show they had recorded is now gone. it sucks, we know, but not everyone is capable of dropping pretty penny for this rack-mountable mega-capacity DVR and besides, it is not as visually appealing for most style-conscious folks, unless you already has a living that looks like a server room. also, you really have to have lots of time on your hand to be watching that many shows. 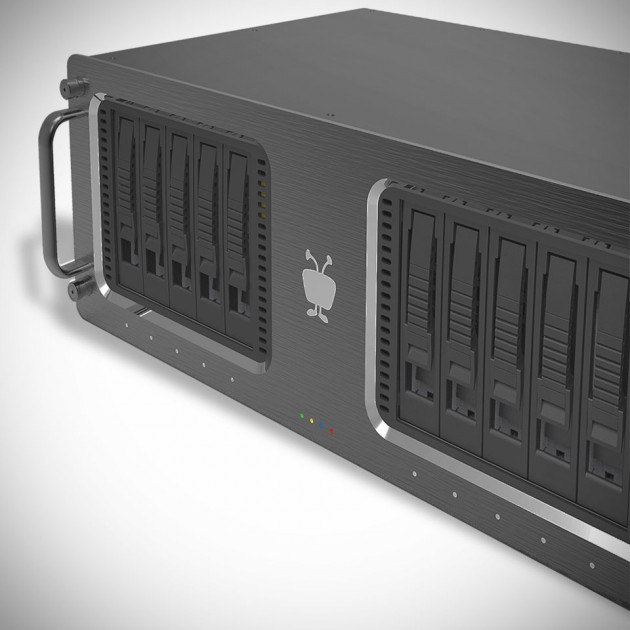