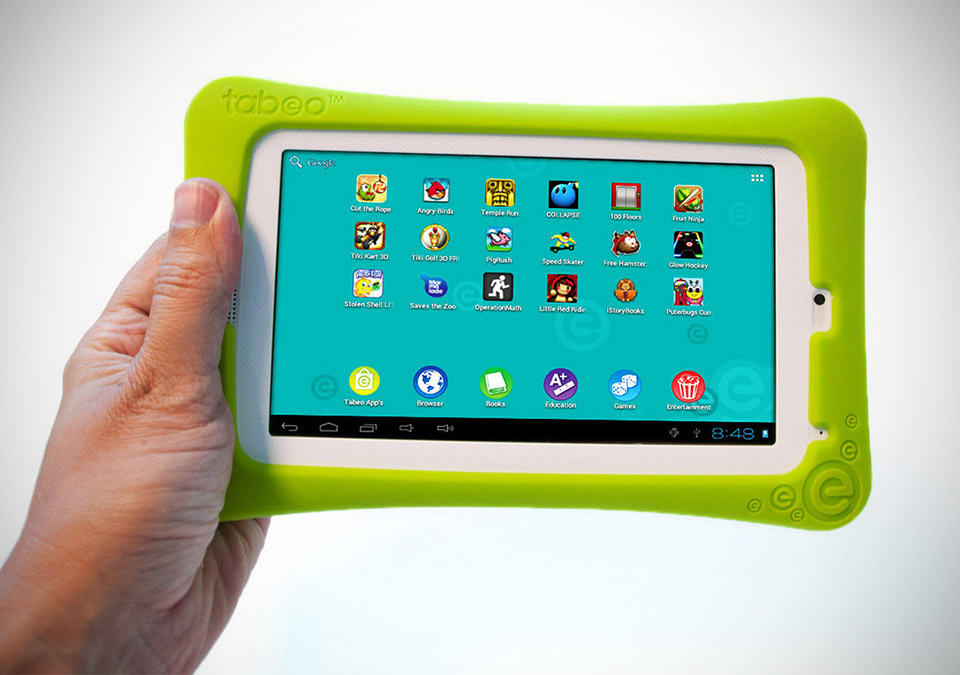 can’t get your kids’ hands off your iPad or Android tablets? well, then perhaps it is time to let them have their own tablets but of course, not the real, real tablet but one that’s tailored specifically for your young ones, such as this upcoming made-for-kids tablet from Toy “R” Us dubbed as the Tabeo. this $149.99 is slated to be available next month and sports a 7-inch multitouch display with 800 x 480 resolution and is preloaded with 50 free kid-friendly apps that covers your child’s need for gaming, education, entertainment, as well as reading. if you must really know, yes, everyone’s favorite perpetually angry avians aka the Angry Birds, is included too. if those 50 apps isn’t enough, there are 7,000 more free apps, along with thousands of apps available for purchase via the Tabeo app store. kids couldn’t care less what’s going under the hood, much less be of any interest about the Tabeo’s features, however, for someone who will be putting down the money for it, you will be glad to know that this isn’t a lesser tablet. on the business end, the Tabeo is powered by Android 4.0 Ice Cream Sandwich and sport features that are found on regular tablets, including a 1GHz ARM Cortex A8 processor, 1GB of RAM, 4GB of internal storage, micro SDHC slot (expandable up to 32GB), built-in speaker and microphone, front-facing camera, mini HDMI-out, built-in WiFi, and a lithium polymer pack that offers up to 7 hours of video playback, 35 hours of audio enjoyment, or 10 hours of ‘normal’ usage. also included is a full suite of customizable parental controls that allow responsible adults to keep their precious ones safe from undesirable web contents. the Tabeo Tablet by Toy “R” Us is available for pre-order now with shipment to be from October 21, 2012. hit the jump for a small gallery of the Tabeo tablet.