I am sure everyone who comes by here knows what’s a sleeper car. If you don’t, not to worry, cos’ here’s a perfect example: the Toyota Sleeper Camry. Ok. Maybe the name is a little way too literal. Anyway, on the street, a sleeper car is never spelt out loud and on the street, a sleeper car simply means a car that looks pretty much ordinary or stock, but under the hood, it is a living, breathing (if not fire breathing) beast that usually leaves its competition in awe and disbelief. Think you get the idea. However, clearly, this is not the case with the Toyota Sleeper Camry, because underneath its 2015 Camry outer shell, lies a purpose-built 850 horsepower dragster that, when fired up, produces an unmistakable ear-splitting growl typical of a dragster. 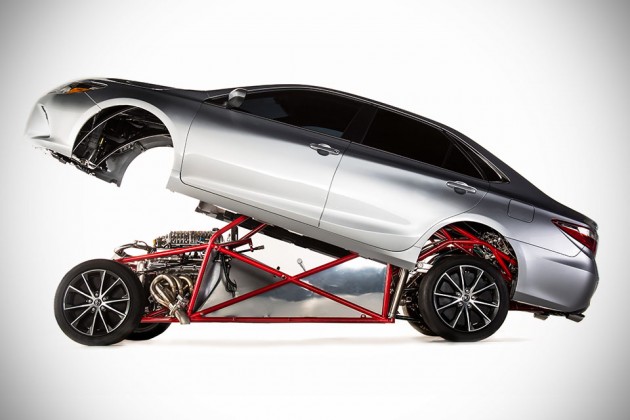 The most obvious giveaway that this isn’t your typical run-of-the-mill Camry is the ridiculously wide Goodyear DOT 335/30/18 drag racing tires, which keen eye motoring enthusiasts may have already picked up. Still, none was prepared for such a monstrosity, especially after being treated to the gentle lines of a Camry. Under the hood, or under the shell in this instance, is a 5.7-liter 3UR-FE V8 engine borrowed from a Tundra, along with the gearbox, rear axle and electronics. Naturally, that’s not stock. This particular motor is forced fed with air by a TRD supercharger and a wet nitrous system, and is expected to achieve a quarter-mile time of 9.8-second (read: crazy fast). And what’s more amazing is, all these are put together in just eleven weeks.

Other highlights of this ultimate sleeper car (which is unlikely to be road legal, btw) includes forged pistons and connecting rods, custom plumbing, IPT performance transmissions, Optimal Yellow Top battery, fully functional stock doors, Autometer digital dash, Impact Racing safety harness, and a custom-fabricated interior. Toyota’s ultimate Sleeper Camry was officially unveiled at this year’s SEMA Show (November 4-7), after which it will tour the country at select NHRA races. Btw, that quarter mile time is an estimate and so, it remains to be seen if it can actually live up to its name. Continue reading for more awesome images. 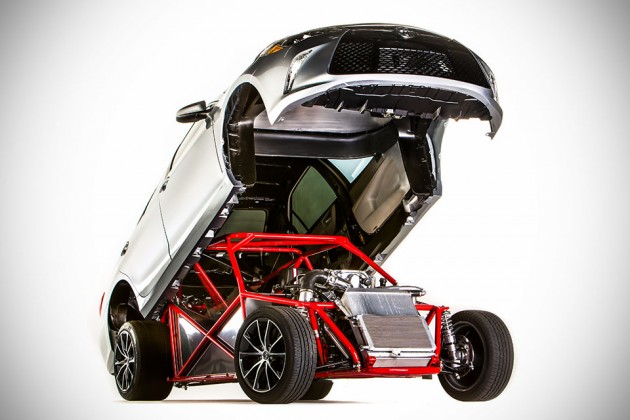 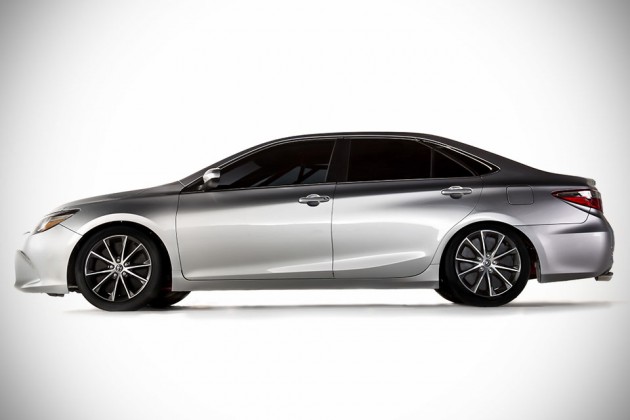 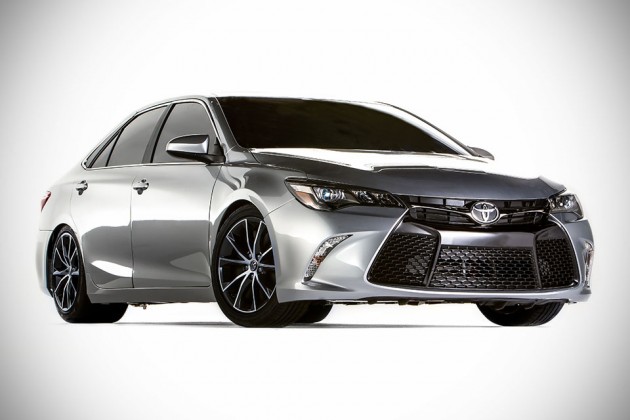 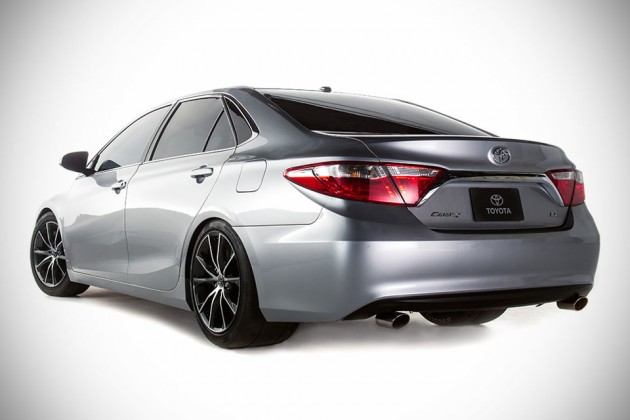 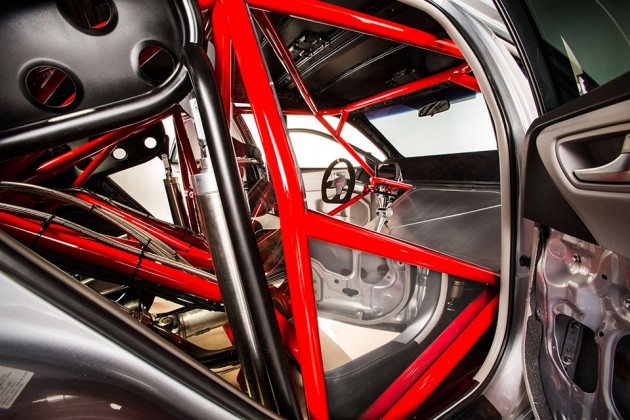 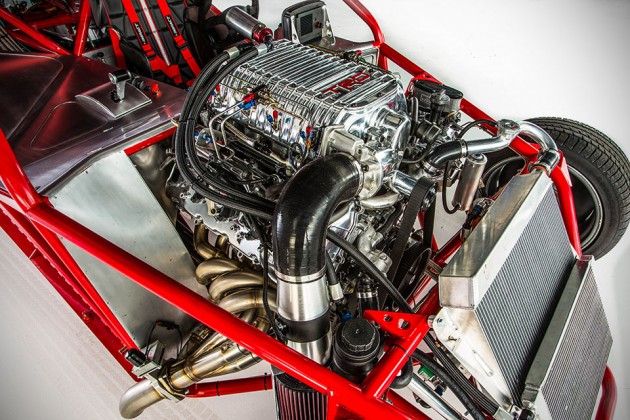 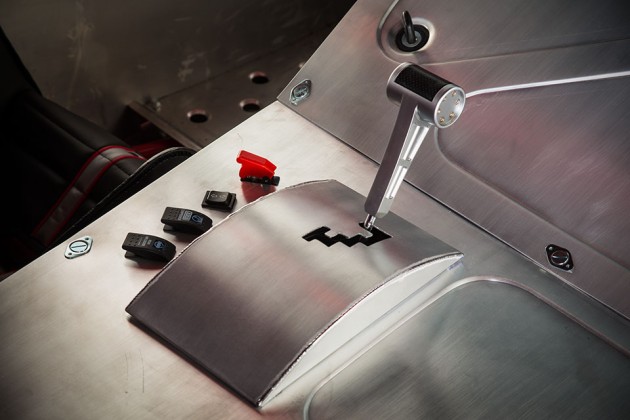