if the California-based new kid in the supercar arena, Trion SuperCars, lives up to the promise of 2,000 hp (yes. you heard it right. 2,000 horses) from its first supercar, the Trion Nemesis, it would be the world’s most powerful production supercar. getting excited already? well, not too soon, cowboy cos’ this beast in supercar’s skin will only be realized next year and it will have a matching whopping sticker of around $1 million each. word has it that it will be powered by a twin-turbo V8 unit that would produced the said (insane) horsepower, paired to an eight-speed sequential gearbox and it has a projected naught to sixty miles per hour sprint of 2.8 seconds and a top speed of over 270 mph (435 km/h) which should be ample enough to have most people balls up the throat. 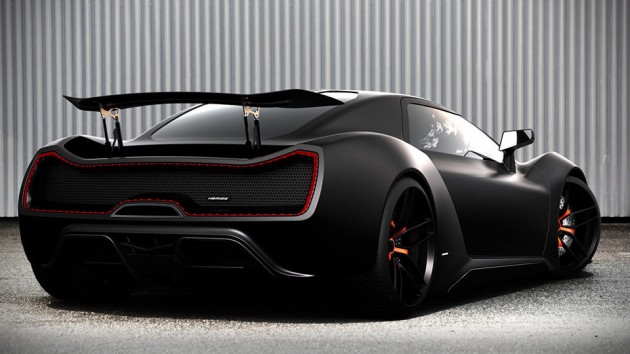 though, it is all but theory and renders thus far, whether this promise of the America’s next supercar will deliver remains to be seen. other expected features include carbon fiber body and chassis, a interior with digital panels for gauges, internet connectivity, and a “Predator Mode” that changes the interior lighting and modifies several aspects of the car, including ride height, suspension settings, exhaust and rev limits. additionally, it will probably become the first supercar to tout a spacious trunk where you could stuff a set of golf clubs or luggage without thinking “man, i wished i had a SUV.”