Remember the one person who took “Volvos are built like a tank” a little too literally and in the process, puts smile on a lot of people faces? Well, apparently, it is has been put up on the block for the sake of Ben Charity. As it turns out, this thing is located in Loughborough, the U.K and the seller has listed it on eBay in a no reserve auction. In case you are interested, it will ship to U.K., the U.S., and Australia, and at the time of this writing, it has garnered 35 bids which push the price to a modest £2,300. The car, or rather the “tank,” started life as a year 2000 Volvo V70 Estate and it was created for a charity run for the best five driving roads in the Alps which it emerged as the winning car out of the 40 other rides in the Bangers for Ben 2017 charity run. 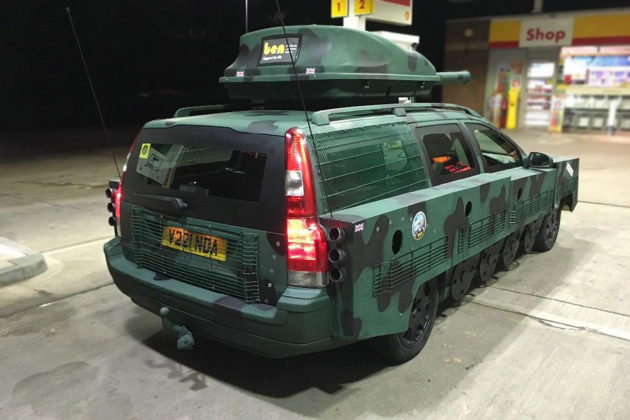 Lets just say that this ride here is out to win hearts and put smiles on faces. So, it is no surprise at all that it won. If it has a real working cannon, I bet it will win even more hearts. Just kidding. It does not need that to have anyone’s nod of approval. Also, it only has 3,000 miles on the odo. Here’s another interesting bit about this car: it actually has a fake commander with a fake hand, seemingly waving, popping out of the fake turret. Quirky! The person who posted, one smigg60, said while this car has no reserve, he hope it will get as much out of it because every cents will go to the charity. So, it is for a good cause and if you are quality, i.e. at a location which it will go, you may want to consider having a go at the auction. Steal a few more looks after the break. 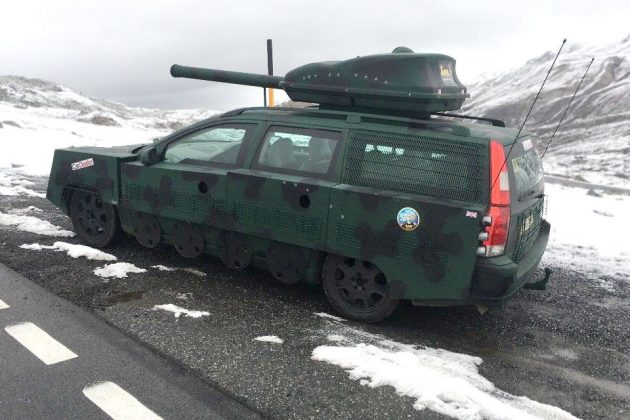 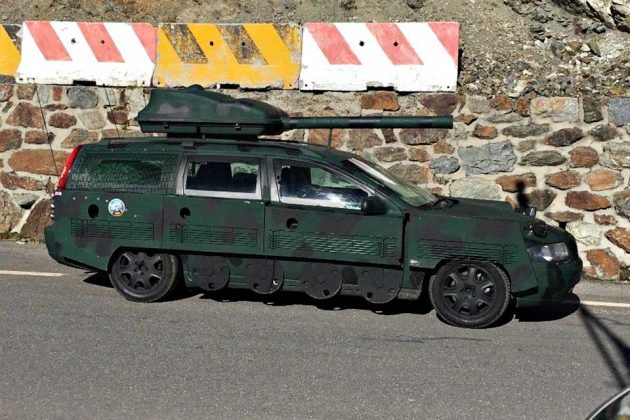 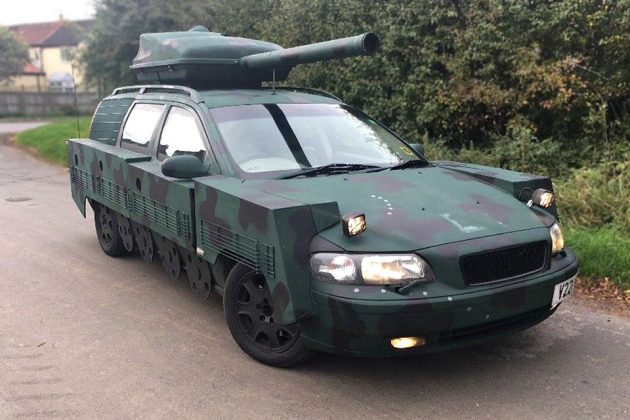 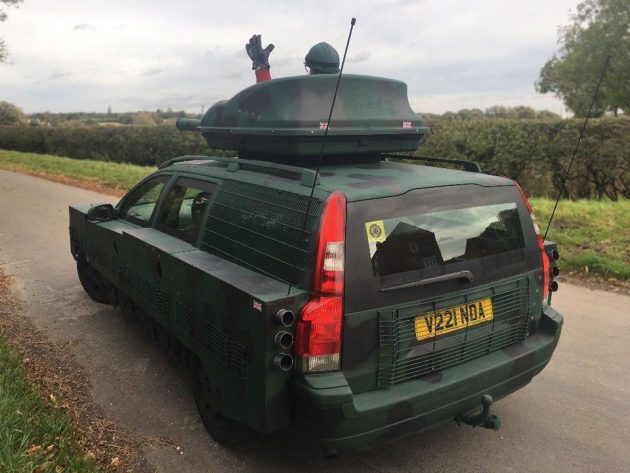