If you need a compact electric bicycle that’s not lacking in features, then you ought to look out for the Uni Micro Electric Folding Bike. From the guys who brought you the retro-licious UNIMOKE, Uni Micro shares the same retro vibe, but with a cleaner, modern lines. Like the Xiaomi Mi Qicycle, it ditches the traditional frame of folding bicycle for a single tubular frame that makes it look rather quirky. It is touted as a folding bike, but it does not fold down like you may have expect a folding bike to. In other words, it does not fold down to half size like most folding bikes do. 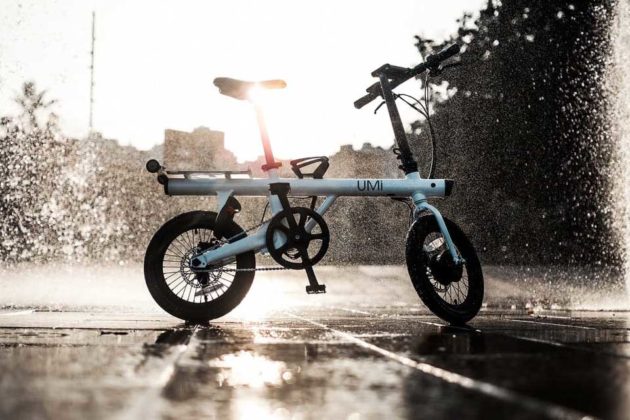 Uni Micro Electric Folding Bike may be small, but it has a boatload of integrated features, including an integrated smartphone holder and USB port, integrated LCD display, front and rear LED lights integrated directly into the frame (and they look super dope), integrated cargo rack with wheels to facilitate vertical parking, an integrated rear wheel lock (with option of Bluetooth-enabled and GPS tracking and alarm for in case the ride got snitched), and an integrated bottle holder.

Anyways, depending on where you resides, Uni Micro could be outfitted with hand throttle, or just have pedal-assist functionality and the top speed can be anything between 25 and 40 km/h (15-25 mph) depending on the country. A range of 50-70 km (31-43 miles) is expected from a 36V, 10.6 Ah lithium-ion battery tucked away in the frame that drives a 250W in hub motor up at the front.

NOW READ  This Is Author Clock, It Spells Out Time Using Literary Quotes 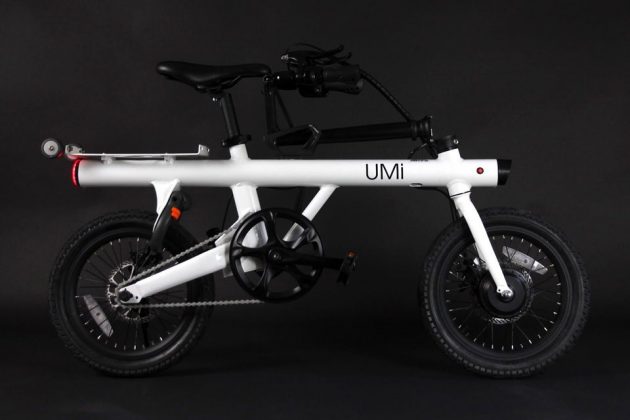 Uni Micro Electric Folding Bike is expected to hit up Indiegogo where you can pre-order a unit for as low as $799. It’s an attractive price, but it is only limited to super early birds. That said, you can sign-up to be notified when the campaign goes live.