Anyways, as we all know, Gamora, in the comics is very different from the green alien beings in the movie, and in the latest Infinity Wars crossover, she was revealed to be the new super villain Requiem armed with Power Stone-equipped sword which she used to slay Thanos and scooped up the rest of the space stones. Yep. She did.

After that, the most dangerous woman in the galaxy rose to became the most powerful being in the universe. While she has the same twisted intention of halving the universe’s population like Thanos, she did not snap the fingers like her dear old daddy did. Instead, she used the power she possess now to fold the universe in half and this resulted in two souls being merged into one, forming new mashup characters known as Infinity Warps. 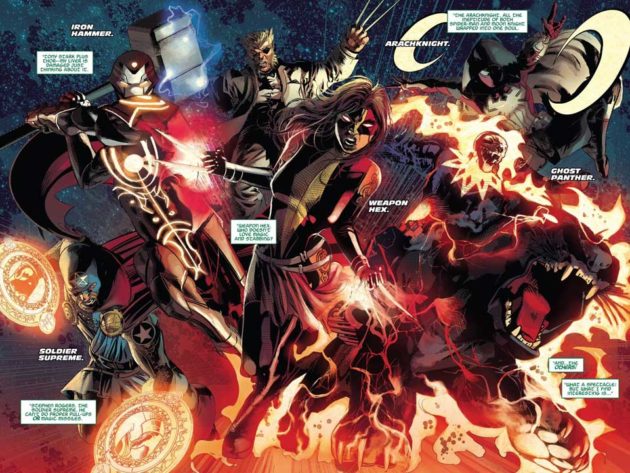 From there on, it becomes absolutely bizarre and incredibly surreal. The folded universe gave birth to bizarre superhero mashups including Soldier Supreme (a fusion of Captain America and Doctor Strange), Ghost Panther (who is a mix of Black Panther and Ghost Rider), Iron Hammer (a mash up of Iron Man and Thor), Arachknight (a combination of Spider-Man and Moonknight), and Weapon Hex, a fabulous (and dangerous) combination of Scarlet Witch and X-23.

Wolverine isn’t spared from the soul merging either. He ended merging with Emma Frost, which is kind of hilarious. But we should not laugh. Wolvie’s stature may be as diminutive as before, he now could be even more indestructible if the fusion did give her the powers Emma Frost had. This Infinity Warps thing had me thinking: now that they have made movie version of Infinity Wars, is there a chance that they will adapt Infinity Warps into future movies?

After all, Gamora did die in the movie and so, there may be a chance to find a way to revive her as Requiem? Just a thought. Anyways, Marvel will be publishing various spinoff miniseries spotlighting the various mashup superheroes starting next week. So, if you are fan (who is open to some really, really strange mashups), you may want to keep your eyes peeled. 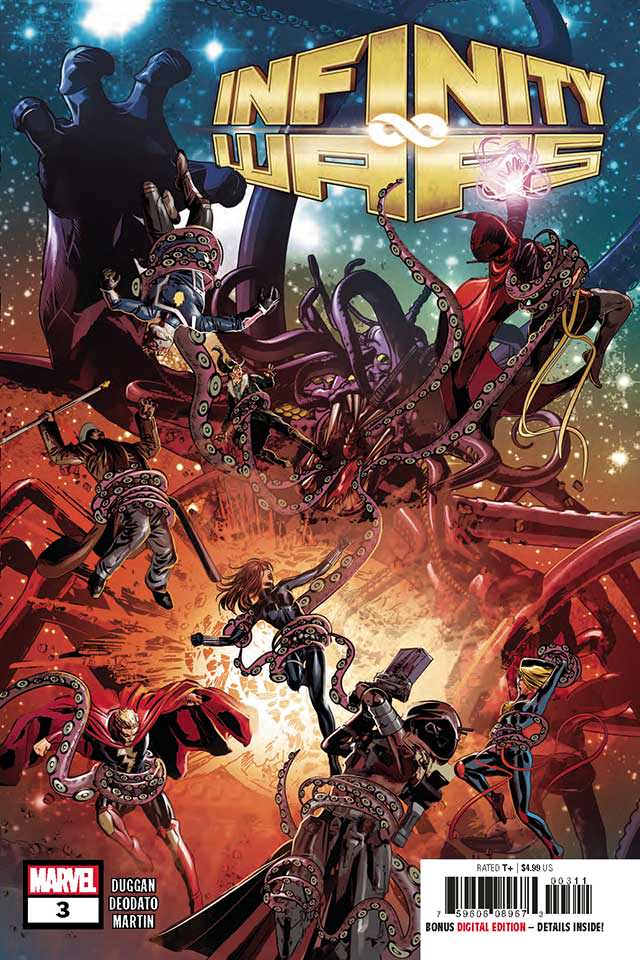