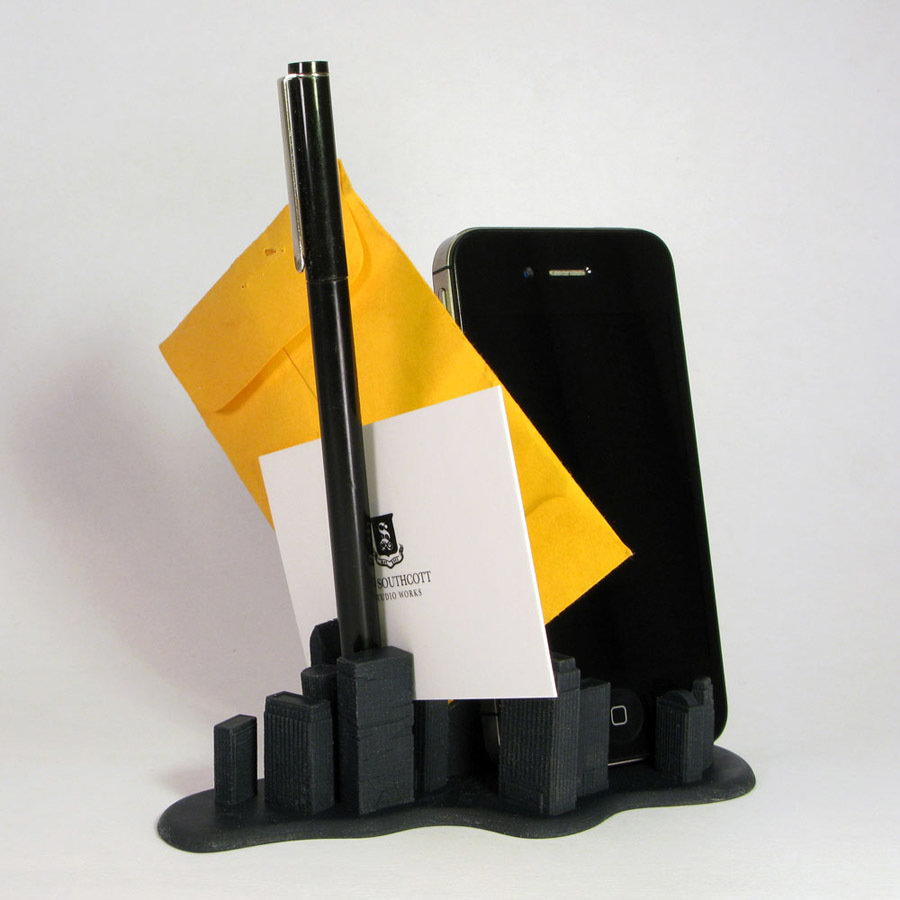 they say a pen is mightier than the sword but in the case of Rob Southcott’s Urban Drift Desk Organizer, the pen is mightier than the city skyscraper. Southcott’s unique desk organizer bears a close resemblance to a typical urban city skyline and the variation of spacing between the skyscrapers presents an opportunity for user to store objects of different sizes in between them. in short, it can hold a broad range of items including pens, envelopes and even your smartphone. if you are residing in an outback region, the Urbandrift Desk Organizer by Rob Southcott will reminds you the big city life that you have longed for and if you already dwells in one, it also serves as a reminder that congested city skyscrapers are not quite a bad thing after all. more looks after the break.