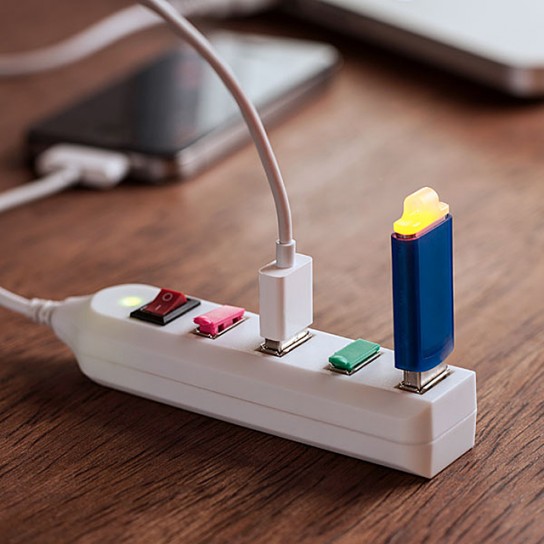 21st century geeks face a new set of problem – a problem that is more frightening than the rumored apocalypse and that problem is the lack of USB ports for all the gadgets. it is an awful thing, really. imagine having to get up from your cosy $700 chair and do that unthinkable stretch to the rear of the computer to remove a couple of USB devices so that the rest (or at least, a few) could go in. first, it is an exercise of epic proportion and second, other devices still need to be attached to your comp. that’s why we have USB hubs to ease the USB congestion and as geeks, that USB hub can’t be just any other Tom, Dick or Harry hub – it has to be speak geek-style and the USB Power Strip is one such example. we are not going to lie to you: it is a regular USB hub but what makes it stand out is its power strip design, complete with a power flip switch and adding a little bit of geek-orientation are those tiny but important port covers. nice touch for those eat and drink at their work desk, though don’t favor such habit. you can get yours for just $9.99. 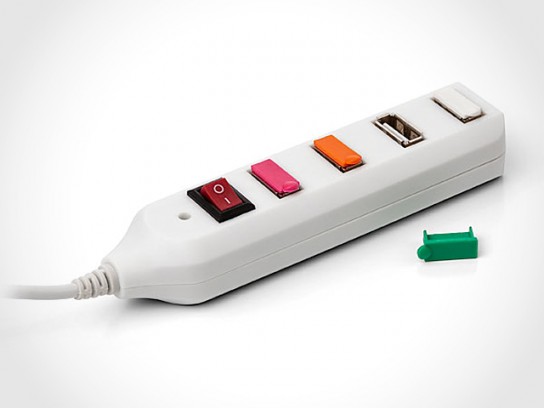