Remember the weird macro lens we saw last year Venus Optics’ Laowa? You know, the lens that sport a long and narrow barrel that resembles that of a rifle? Yeah, that. Well, it is now a thing money can buy. Venus Optics is calling the Laowa 24 mm f/14 Probe Lens “the weirdest, but the most genius macro lens ever.” Well, I am not a photographer enough to be a judge of whether if it is indeed a genius, but it sure is weird alright and I do not need to tell you why. 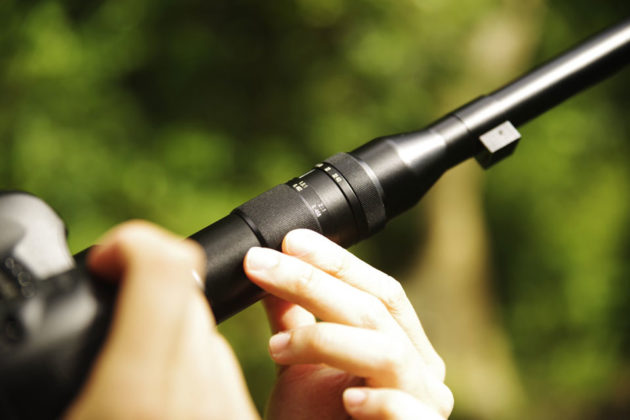 Laowa 24 mm f/14 Probe Lens offers you a bug-eye perspective, even if the subject is tucked away in narrow crevices or whatnot, and it can take a bit of dive into the water too. Though the latter is limited to the front section and not the entire lens. It offers 2:1 macro and infinity focus (but it is best use for macro photo/videography, really), deeper depth of field and full-frame coverage. Interestingly, the Laowa 24 mm f/14 Probe Lens available to consumer now comes with integrated LED ring light which I don’t recall the prototype had. 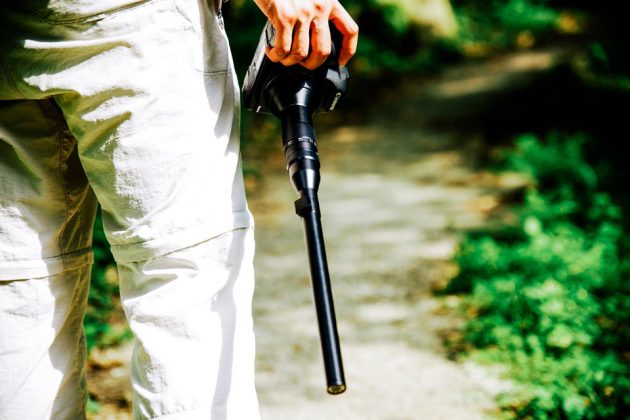 The tiny LED ring light is separately powered by an included USB power cable with inline control. The light will be much appreciated, especially when probing into crevices where light is a premium. Like we said on the last report on this product, it is best not to use a lens like such in urban environment in “sensitive” areas where it might be mistaken for a weapon. I am not even kidding. The risk of it being misidentified is very real and it could put you at the receiving end of leads. 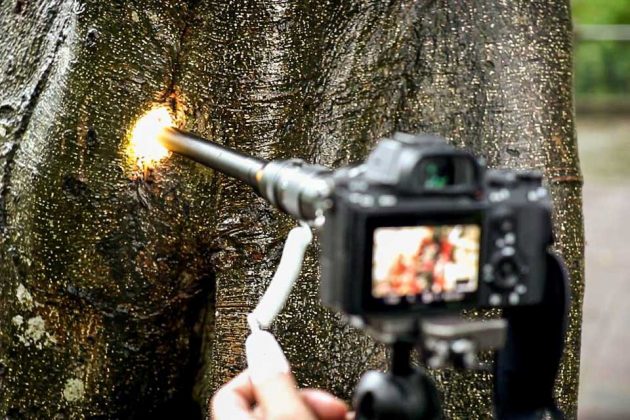 Venus Optics Laowa 24 mm f/14 Probe Lens is available to suit Canon EF, Nikon F, Sony FE, and Arri PL. It is now available through Kickstarter in return for a pledge of 10,982 Hong Kong dollars or more (about US$1,399 and up). The campaign has breached its funding goal and so, your pledge for the lens is a pre-order which will be fulfilled as soon as October 2018. 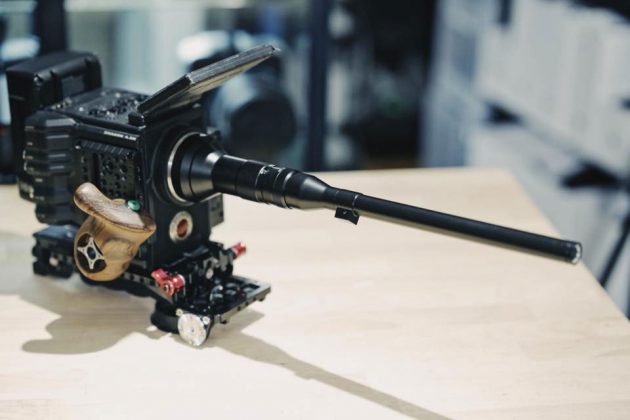 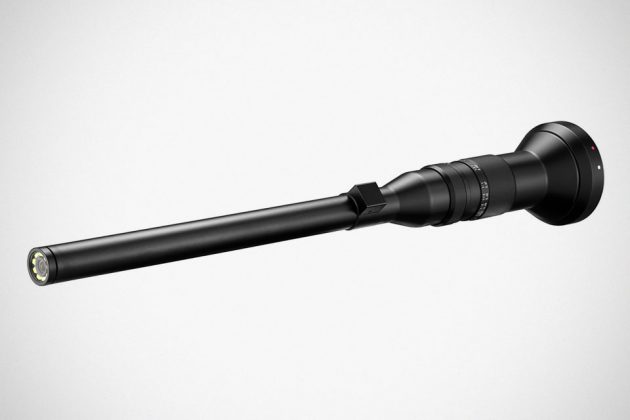