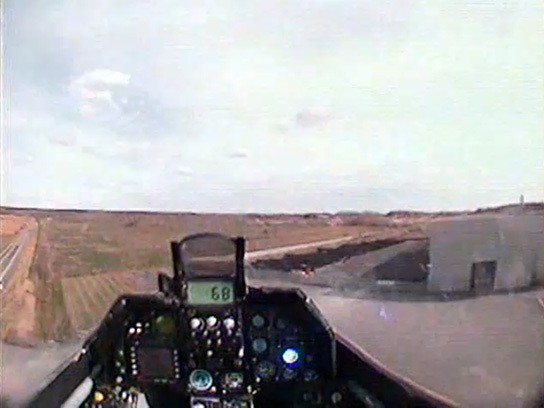 always dreamt about flying but didn’t qualify to do so? here’s one video that shows you how flying for average people like us is highly plausible, albeit being a little down size. this video was submitted by one YouTube member VRFlyer who happens to be the man who pioneered the first person video (FPV) for R/C vehicles. this particular example here has Kent (you know, Barbie and Kent?) seated in the hot seat of the highly detailed cockpit of a scaled F16 Falcon fighter jet – heck, it even has a fully functioning altimeter letting the pilot knows how far off the ground the plane is. though i have to mention that Kent’s head has been snapped and replaced with a swivel-able camera. the ground pilot then wears a video goggle with a head mounted gyroscope for a first person view when piloting this scaled aircraft. the head mounted gyroscope allows the camera in the cockpit to turn or swivel as per the ground pilot’s head turning action which is what makes it so damn cool.
[ad#Google Adsense-text-468×60]

catch the four and the half minutes video of this awesome creation after the break. trust me, you won’t want to miss this video that’s nothing short of breathtaking. oh, and the Kenny Loggins’ song, Danger Zone (make famous in the movie Top Gun) was a nice touch but it will be cooler if the scaled model in action was a F14 Tomcat. let’s just say that it is more appropriate.

NOW READ  If You Own The LEGO Creator Colosseum, You're Owning One Of The World Records